The Fredensborg Palace Garden, surrounding the summer residence of the Danish royal family, was first constructed in the 1720s and is the most unique and significant example of baroque garden design in Denmark. This project, to respectfully recover and create a simplified redesign of the Palace garden, was only possible with the engaged participation and support of the Danish royal family and through funds provided by “A. P. Møller og Hustru Chastine Mc-Kinney Møllers Fond til almene Formål” and the Government of Denmark.

“This is an exemplary redesign of a historic garden and the combination of public and private funding for a public garden is a positive example for other similar heritage gardens. The flexible approach showed great respect and understanding of people’s relation with nature in the 18th century”, the Jury said.

Over time, the garden had gradually lost its form due to high maintenance costs and changing aesthetic preferences. Though long-term efforts to maintain and restore the garden had been in place since the 1950s, the most recent conservation plan, beginning in 2009 and concluding in 2020, was the most extensive period of restoration. In total, over the period of the restoration, seven impressive tree-lined allées totalling more than 9 km in length have been re-established, more than 85 sculptures have been restored and reinserted in the garden, and the kitchen garden has been reconstructed together with the building of a new and modern orangery. In the spring of 2020, the final goal was reached with the re-establishment of the historic riding arena and the replacement of two historical lion sculptures at the parterre. 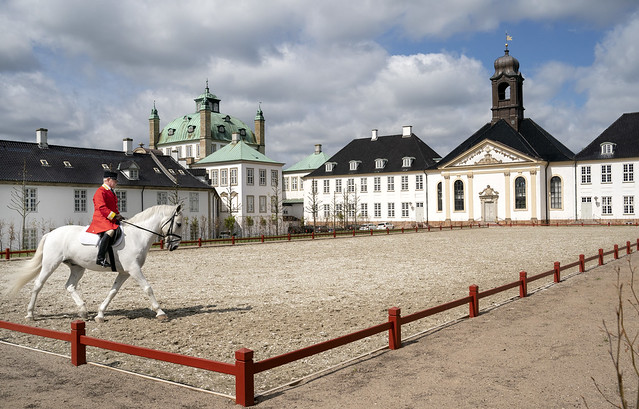 The project has a strong interdisciplinary and research basis with archaeologists, art historians, biologists, sculptors, architects, landscape architects, gardeners, contractors, and many more working together to reach a common goal and bringing about interesting and surprising collaborations in the process. Focus has also been paid to adapting the garden in order to respond to the effects of climate change and to tackle present problems with plant disease, for example, in deselecting historical varieties that are vulnerable to disease.

The economic viability of the garden and therefore low, sustainable maintenance costs, was also closely considered. This led to a more simplified garden form with, for example, a reduction in gravel paving in favour of more inexpensive grass areas.

The Jury commended these aspects of the project, stating: “Scientific research and understanding of the nature of the trees and plants that were present in the Fredensborg Palace Garden was at the root of this project and is indicative of the strong interdisciplinary approach. Future generations were considered in several instances, for example when choosing plants and trees to replant, climate change and its effects on the selected species were considered. The affordable management plan that was developed is also commendable in that it ensures the garden’s future”.