Friends of Storfjord in Sunnmøre

The Storfjord is located in the Sunnmøre region, in the western part of Norway. A location situated at the northernmost reaches of Europe. It is one of the longest Norwegian fjords, meandering through 110 kilometres and branching off into several smaller fjords. The landscape’s natural beauty is marvelous, with the steep inclines of the fjord being blanketed with thick woodlands and many waterfalls while its deep rivers flow into glaciers and glacial lakes. In this isolated, rugged, yet beautiful terrain, volunteers of Friends of the Storfjord have laboured to preserve the vernacular architecture of the historic farms which dot the landscape along the fjords.

Active since 1975, the association has worked on a voluntary basis, financed by self-raised funds and private and public donations, to preserve and raise awareness of this UNESCO World Heritage listed landscape. The jury felt that “the long term engagement of the Friends of the Storfjord, who have worked to preserve the rural landscape and the vernacular architecture of this difficult, mountainous terrain in oftentime harsh conditions is very deserving of this Award”. The volunteers have managed to preserve an endangered tradition over a considerable number of years and have contributed to the establishment of sustainable tourism in this remote area of Norway. The jury was “impressed by the duration of this dedicated service as the enthusiasm for the buildings has been sustained over many years, exemplifying their impressive zeal for the region”. 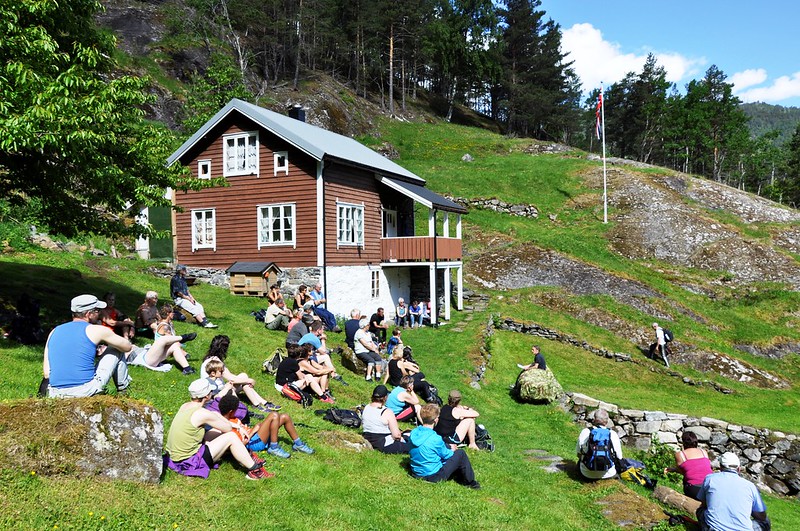 Aside from the conservation of the farmhouses and outbuildings, the organisation has also focussed on the intangible aspects of the local cultural heritage. They have worked to revitalise the rural traditions in the area and to explain to visitors the way of life on the farms. This is a true open-air museum with certain of the buildings open for visits and furnished in an historically accurate way. On occasion, in the summertime, farm animals are brought to the farms to graze and the farms revert to their original purpose. “The volunteers have embraced this previously forgotten region and instilled in it a new and refreshing vitality. Their commitment to revitalising the Storfjord in teaching traditional crafts and arranging educational and recreational activities for visitors has attracted sustained attention to the region”, the jury stressed.