This year, the Valencia Region Foundation La Luz de las Imágenes (Light of the Images) is celebrating a decade of passionate dedication to the restoration of Valencia´s historic and artistic heritage. The main objective of its work is to safeguard this heritage so that the region’s citizens, to whom it truly belongs, can continue to enjoy it. The Foundation has restored over 2,200 moveable pieces and 34 buildings including some of the region’s most important buildings such as the Cathedrals of Valencia, Segorbe, Orihuela, and the Co- Cathedral of Saint Nicholas in Alicante and the Collegiate church of Saint Mary in Xátiva. 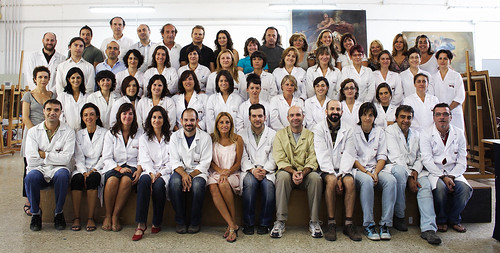 The Foundation is also active in small rural towns where funding is often difficult to secure. These buildings later serve as temporary venues for exhibitions explaining the restoration work – highlighting another of the Foundation’s objectives to promote cultural heritage so that people come to recognise it as part of their own identity.

“The Jury is awarding this regional foundation to honour the restorations it has carried out since 1999 of a vast number of objects important to the architectural and artistic heritage of the Valencia Region. Parallel to this restoration work, the foundation’s workshops, exhibitions and publications promote traditional craftsmanship to university students and school children alike.”