Since 1993 the Spanish Railways Foundation (FFE) has coordinated and promoted the Vias Verdes (the Spanish Greenways Programme) in Spain, the aim of which is to recover railway infrastructure in disuse as non-motorised routes for cycling and walking. 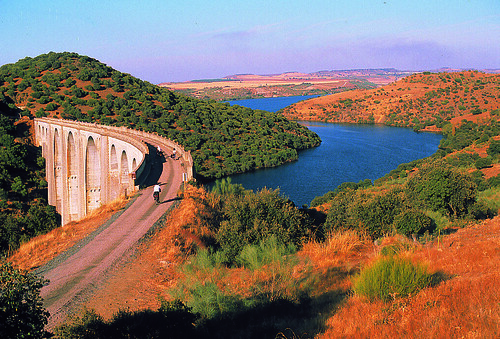 The development of the Greenways has a dynamic effect on the regions they cross, stimulating rural tourism and healthy leisure activities and creating employment opportunities locally. 7600 km of railway have been inventorised. 1200 km of Greenways are already in operation and 350 km are under construction, with more than 50 stations restored and used for new functions. This initiative can surely be considered for introduction in many areas of the world.

“For the successful rehabilitation of Spain’s important railway heritage to provide tangible economic and social benefits for all, as well as an enhanced quality of life by favouring non-motorised mobility, and for the example it has been in other countries.”