The Garden City of Stains

In the aftermath of World War I there was a drive in many European countries to create a form of suburban development which would combine ideas drawn from the English ‘garden city’ movement of the 1890s with a post-war desire for a design system fit to reward those who had made the terrible sacrifices required in 1914-18. Various suburbs around Paris reflect these ideals, including the district of Stains. But over subsequent years, many of these well-intentioned initiatives have lost their original glow and such areas have become shabby and neglected.

This was typically the case in Stains, a garden city north of Paris, one of several examples developed around the capital during the period 1921-33. But from 2004 a determined effort has been made to retrieve and reinvigorate the original vision through the collection of evidence, written and oral, through education and training, and through restoration of the architecture and renewal of pride in place. The result has been the beginning of a cooperative venture with similar garden cities in the region, and a renewed initiative for conservation and appreciation of their distinctive values. 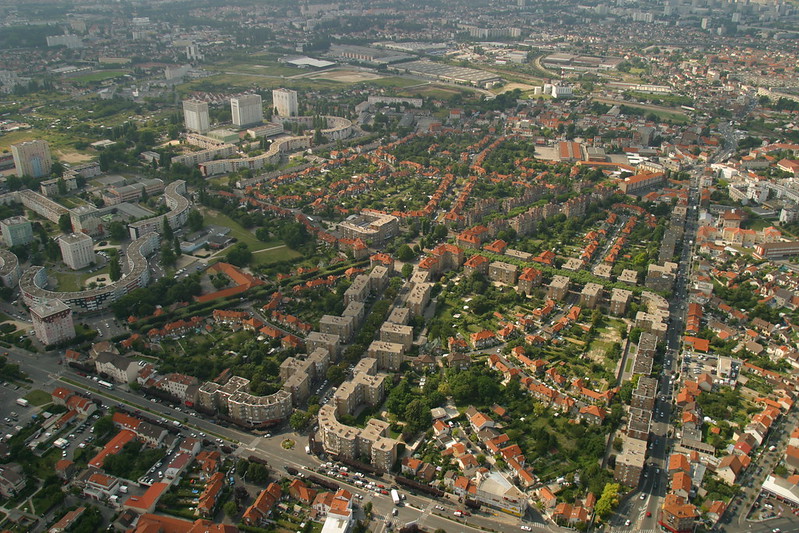 The Jury were aware that garden cities constitute a remarkable element in urban architecture and in France formed part of a deliberate policy towards the development of social housing. They felt that the project at Stains was a model of how to re-establish the ideals which originated in the early atmosphere of hope and determination, to bring benefits to the present community and to influence other suburban areas with the same needs. Furthermore the improvements should lead to a renewed sense of civic pride, today and in the future.