The so-called Gozzoburg in the centre of Krems is considered as one of Austria’s most important medieval buildings. The historic city of Krems, gateway to the World Heritage region of Wachau, is built on the bank of the Danube River in the Province of Lower Austria. Named after its first-known owner, the former town judge Gozzo who inhabited it in the 13th century, the Gozzoburg was built as a stately residence and the judge’s working place. 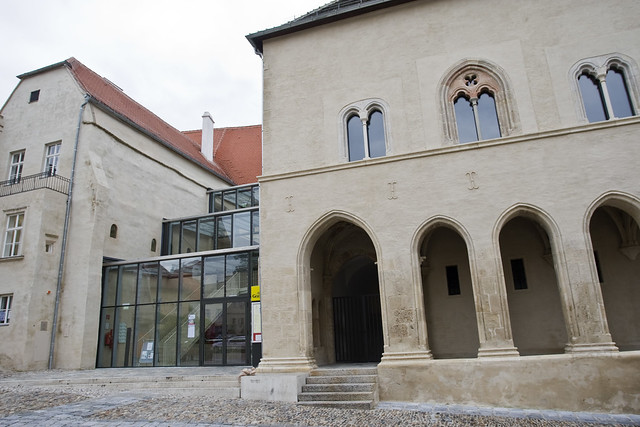 Since uncovering its loggia façade in 1958, the City of Krems has planned on entirely restoring the medieval residence. Finally in the spring of 2006, a joint initiative of the City of Krems, the Province of Lower Austria and the Federal Office of the Preservation of Historic Monuments launched an architectural competition seeking to restore and revitalise this site, spanning more than 5,000m2, with the aim of making the residence as publicly accessible as possible. Organised guided tours are offered and a restaurant, bar and café have been added to provide a complete experience for visitors.

“The restoration combined painstaking preservation of this medieval residence with the addition of carefully selected contemporary architecture, which the Jury feels enhances the unique quality of this important heritage site located in the UNESCO protected region of Wachau.”