‘Granaries of Memory’ draws on the oral history of local communities, especially related to the intangible heritage of food culture in Italy. Professional researchers from the University of Gastronomic Sciences in Northern Italy conducted over 1000 interviews within various communities to capture people’s memories of food and regional cuisine. These interviews were recorded and are available to the public online in video format in a web archive. They often take the form of a conversation, the telling of a story or at times a cooking demonstration of a favourite dish.

While food is the central topic, the lifestyle surrounding its production and preparation often comes to the fore. The centrality of food to our lives is palpable as the conversations often become personal history lessons recounting the difficulty of farm work or memories of the war period in the early 20th century. There are also accounts of specific recipes or delicacies, as well as links to other aspects of culture such as religion, for example, the origin of St. Anne’s role as patron saint of anchovies. 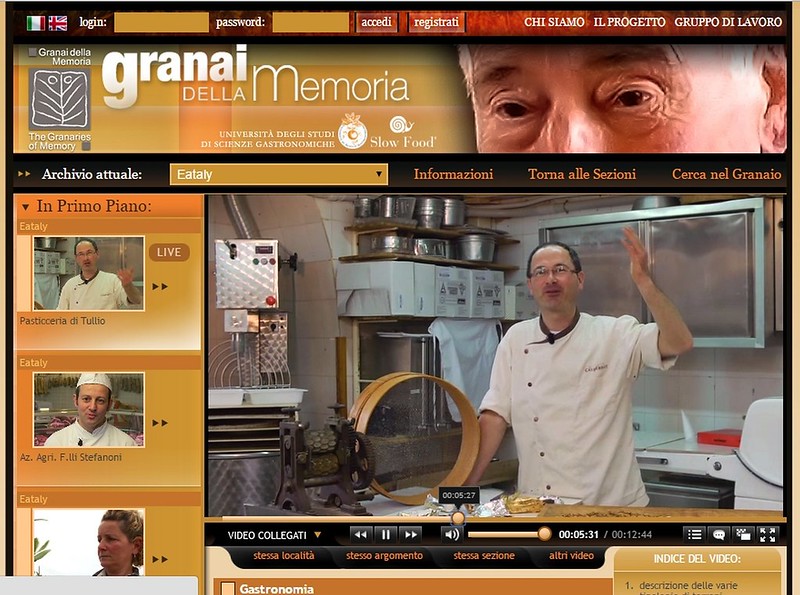 “Its thorough and wide basis of selection has the potential to be considered on a wider scale and should be observed in Europe as an example of good practice in conserving intangible heritage. This project is an occasion to give an Award to the memory of common people”, stated the jury, who also admired the comprehensive involvement of the community in this project. Although the interviews were carried out by professional researchers, the engagement of participants was broad and also managed to foster interest among younger generations.

History, and especially that of an oral tradition, can only continue to exist if it is passed on and in this way, ‘Granaries of Memory’ has helped to preserve a generation’s memory for many years to come. Importantly, this project also supports the sustainability of food culture, an aspect of our cultural heritage which is engaged with at every mealtime, every day.