The Great War through the eyes of a child in Roeselare

This creative and innovative project allowed 14 classes of primary school pupils to explore and present their interpretation of the First World War through the medium of animation. With the help of professional audiovisual artists, the children chose a theme from historical material sourced from an educational website. They then wrote a scenario, created the graphic characterisation of the story’s characters, filmed it and, finally, created the sounds. Each class was encouraged to work with their own local history, lending a local significance to the project.

The results, attractively produced in a photomontage style, are evidence of the ability of these children to project themselves into one of the darkest periods of European history and attempt to empathise with what daily life was like for the people of their region during the First World War. The films show that the children were able to understand the feelings of pain, loss, hunger, victory, happiness and freedom experienced by their characters and that they were able to successfully turn these feelings into expressive and articulate films. “This project imaginatively brings together the three criteria of this Award in educating and training the children in this creative skill and raising their awareness of this pivotal point in European history. The hands-on engagement of the children allowed them to show their understanding of this topic and to reflect more deeply on what they have learned”, the jury noted. 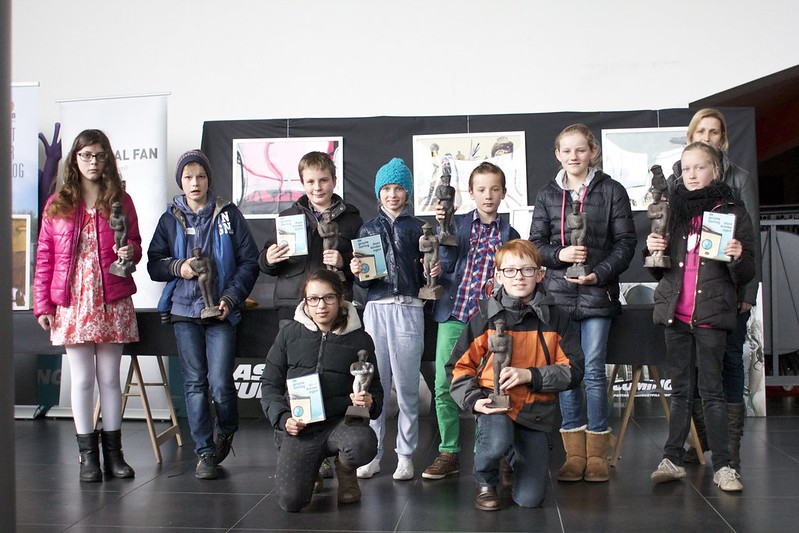 The jury appreciated the value of the project in inspiring thought, stating: “the project demonstrates an effective way to look back at these difficult moments and helps to inspire empathy and solidarity in the children for the people who endured these hardships. This is especially useful in Belgium where the First World War’s vast legacy is so present that there may be a risk of overexposure and therefore desensitisation to this troubled history. It is particularly relevant as we will soon commemorate the anniversary of the War’s end”.

The project was modestly funded but has had a great impact in producing 14 films. The films are freely available online and are also available for distribution to any school who requests them, ensuring that the impact of the project reaches beyond the the classes directly involved.