Greek Paths of Culture is an integrated, multi-disciplinary programme of selecting, conserving, clearing, sign-posting and linking up public footpaths in areas of particular environmental or cultural importance in Greece. Its geographical scope is vast, with a total of 658 km of restored hiking and bicycle routes, many of them dating from ancient and medieval times, in no less than 13 regions across Greece. The programme, created by ELLINIKI ETAIRIA – Society for the Environment and Cultural Heritage, has been realised with a relatively modest investment. It brings together scientists from many fields (geographers, archaeologists, historians, teachers, ornithologists), institutional players and representatives of the business and tourism industries. It extends the tourist season, creates new jobs, improves the health and quality of life of local populations, and highlights the local produce of each community.

The programme, in different areas of Greece, has been supported by the A.G. Leventis Foundation, the Stavros Niarchos Foundation, Phokion Potamianos & family, the Centre Culturel Hellénique in Paris, the “Walk with me” crowdfunding campaign, the Konstantinos K. Mitsotakis Foundation, Fthiotiki Anaptyxiaki, AEGEAN, ELMIN company and Lord Butler. In Naxos, the monetary prize of the EU Prize for Cultural Heritage / Europa Nostra Award 2018 for the conservation of Hagia Kyriaki was used to fund the restoration of the Paths in the area. A prerequisite for the programme to proceed in each area is that the respective regional authorities or municipalities offer their invaluable support, mostly in kind, until the completion of the project and that they undertake its maintenance thereafter.

The efforts and the involvement of the local communities are key to the success of the project. Schools, young people and volunteers from all over Greece are invited, often through seminars and presentations, to use the paths and include them in educational activities. By ‘adopting’ one of the paths, they become deeply engaged with the history, maintenance and activities of the walking routes. “The project has a large community base, involving many local municipalities and local NGOs,” the jury noted, “the importance of communal maintenance of access ways is underlined and the contribution of this to the economic sustainability and the growth of local enterprises is reinforced.” Future plans include more public engagement including an emphasis on children with autism spectrum condition (ASC), as research has shown that they can benefit greatly from hiking activities. 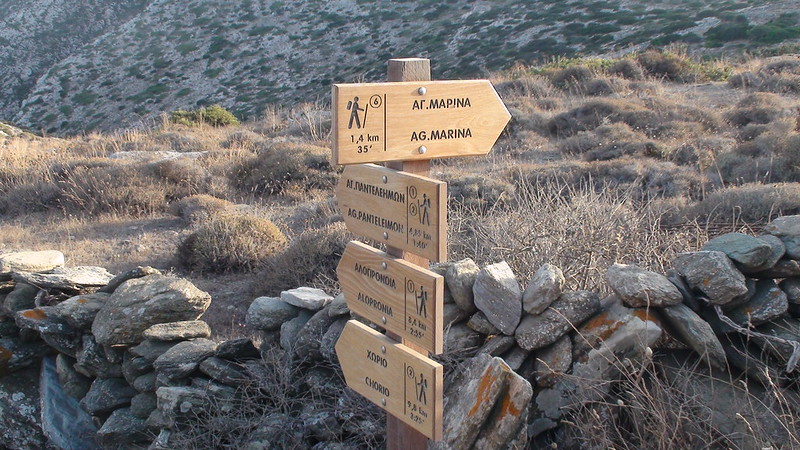 Greek Paths of Culture is an excellent example of integrating cultural heritage and the surrounding natural landscape. As the jury stated: “The project blends the philosophy of well-being with history, heritage, biodiversity and landscape, and underscores important linkages between culture and nature. The old tradition of experiencing landscape on foot, in contrast to modern means of mobility, is referenced and the landmarks along the paths are carefully chosen to enable the exploration of both culture and nature. The different aspects of tangible and intangible cultural heritage assets are experienced in a holistic approach to cultural landscapes.”