Gunnebo House and Gardens in Mölndal

Restoration of an 18th century neoclassical summer residence as a project to preserve the knowledge of old crafts and to train new artisans. It is open to experts and has been adapted into a museum site for public enjoyment. 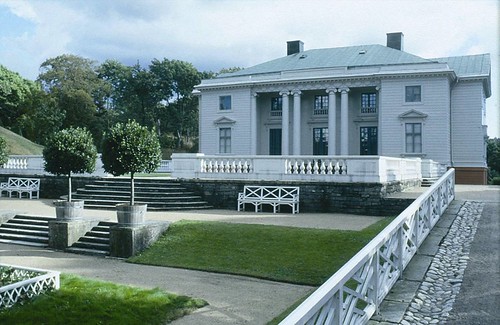 The project took place from 1885 to 1999 and generated a great deal of attention nationally and internationally. The restoration was run as a training project with the aim of passing on old skills, based on a ‘master-apprentice principle’, with around a dozen groups of tradesmen recruited.

“For the careful and well-documented restoration of the grounds of an 18th century neo-classical summer residence with a kitchen garden, orangery and servants house”