The Gustav Klimt Memorial Society’s great achievement has been the conservation and restoration of the famous artist’s last studio, which he used from 1911 until his death. Gustav Klimt (1862-1918) was one of Austria’s greatest painters and was a leader of the internationally-significant Vienna secession of the 1890s. In 1923 a new Baroque-style villa was built over and around the studio, but left it intact within. This building later functioned as a school, but after that, despite proximity to the Schönbrunn Palace, became a sad and derelict place, whose story and hidden inner treasure was known only to a select few.

The Klimt Society was instrumental in altering this state of affairs. It conducted a 14-year campaign to persuade the Austrian Government to preserve ‘Klimt Villa’ and garden as a public property for all to enjoy. The Society’s volunteers have conducted guided tours and arranged cultural events, and now, with Federal Monument status, Klimt’s last studio has been faithfully reconstructed inside the fully restored villa to become a unique part of European cultural heritage. 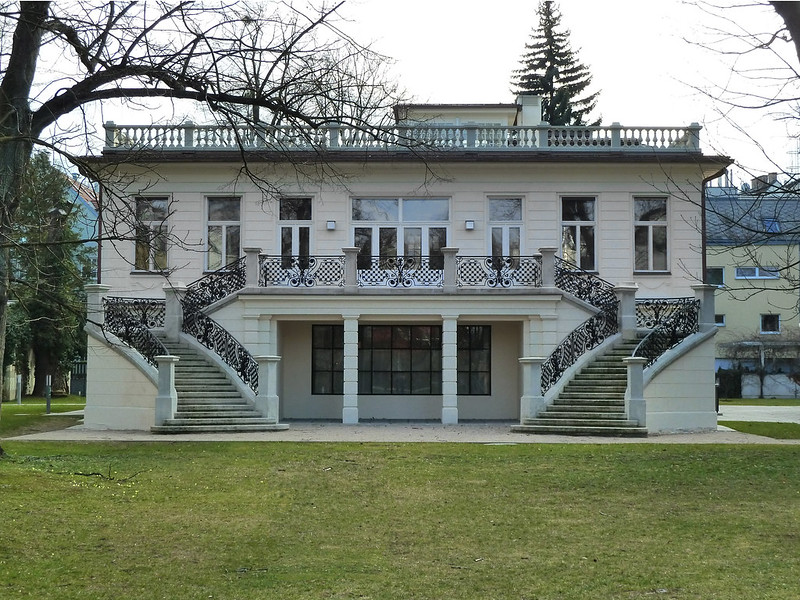 “It was the Gustav Klimt Memorial Society’s unshakeable determination in the pursuit of its goal which most impressed the Jury. Through its painstaking efforts over a long period to ensure the faithful refashioning of Klimt’s studio, and to introduce extensive outreach programmes to secure its future as a sustainable cultural centre, this voluntary society has successfully anchored the memorial in the public consciousness, supplementing and extending the artist’s special reputation”.