The Halls Amsterdam: Centre for Media, Fashion Culture and Crafts

This unusual building had its mundane origin as a large tram depot, built between 1900-1928 for the garaging and maintenance of Amsterdam’s first electric trams. Its long brick sheds with monumental façades facing the street, its roofs with slender frames and curved trusses (Polonceau rafters), are very distinct in the streetscape. The Halls is a national monument and had historically been a closed enclave in the late 19th century expansion of Amsterdam.

But in the 21st century, tram depots would clearly have to be classed as redundant. However the significance and character of the Halls determined that restoration for new uses should be undertaken. And now these remarkable long corridors have found themselves an amazing range of new occupants: a library, a hotel, a cinema, a restaurant and food hall, TV studios, a craft centre, a site for small scale local markets and small business units. A rich new population has been accommodated and an unusual and striking monument has been saved. The Tram Shed Development Agency, in collaboration with architect André van Stigt, has saved this building from demolition and given it a new life. 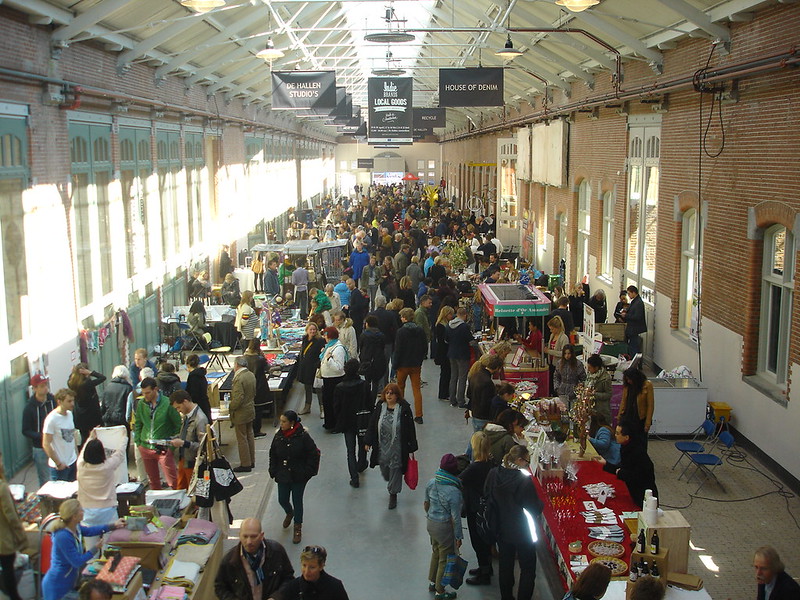 The Jury highly commended the careful and sober renovation of this complex of buildings and their modest interior design. All essential relics of their time as tram workshops are so well kept that this history still is legible, while new uses are also accommodated according to new living standards. Without the perseverance of neighbours and squatters and dedicated professionals this complex, which is enjoyed so much today, would have disappeared. The Halls is a tribute to the determination of local people, both professional and resident, to conserve those industrial buildings which form part of their collective memory.