“The jury appreciated that this initiative, created by volunteers, raised awareness about an important aspect of Flemish heritage which is threatened by the socio-cultural changes in this region at the heart of Europe. The “People’s Cafés” represent a vulnerable heritage which underlines essential and popular solidarity, ever-present in cultural and social development. They provide quality to everyday life, by providing daily meeting places and allowing for communication of people of all ages. They are therefore a strong example for other regions to stabilise the European structures that stimulate neighbourhoods.”

Volkskunde Vlaanderen vzw ran the project “Heart for People’s Cafés” to demonstrate the importance and value of the “People’s Cafés” in Flanders and Brussels, both as central venues for social encounters, as well as components of cultural heritage that combine tangible and intangible elements in a unique way. Despite these qualities, the “People’s Cafés” are closing and disappearing at a fast pace. Volkskunde Vlaanderen vzw set out to contribute to their safeguarding by organising an awareness-raising campaign and activities for the public. 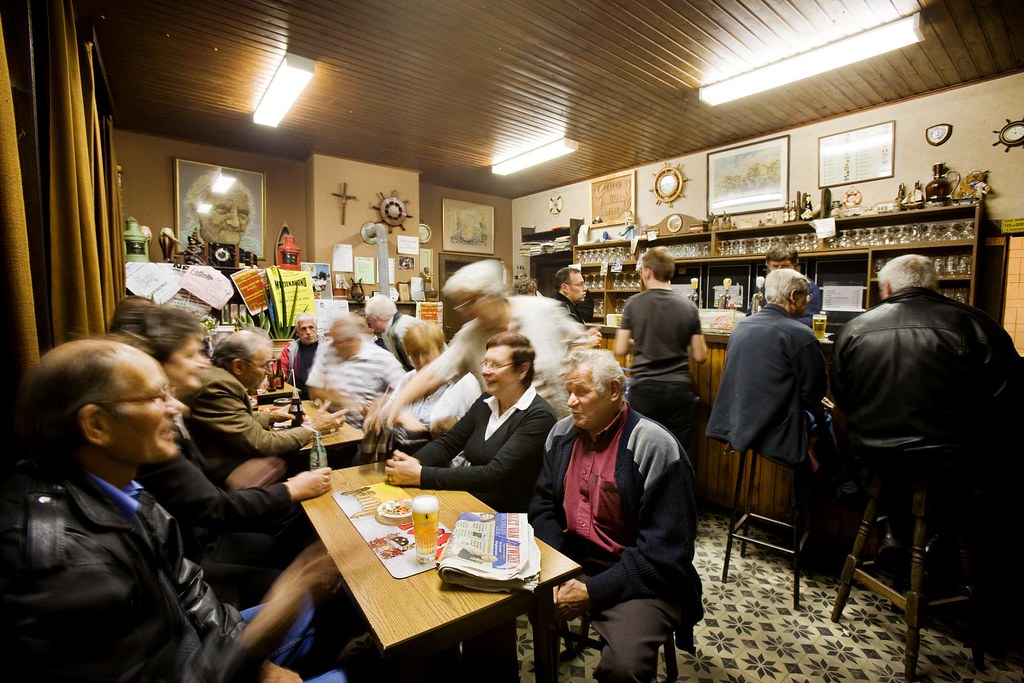 Complementary large-scale research on the “People’s Cafés” was done and presented to the Flemish government in a viability study with concluding policy recommendations. As a result of the project, both the press and many individuals and organisations responded to the message and developed their own initiatives to contribute to securing the future of the remaining people’s cafés in Flanders and Brussels.