For the past 100 years, the Hendrick de Keyser Association has been committed to the preservation of Dutch houses of historic and architectural value. A special aspect of this non-profit Association’s approach to their work is their commitment to preserving both monumental buildings as well as simple houses, having recognised the importance of both of these types of private dwellings. The 420 properties that have been acquired, preserved and restored thus provide a magnificent cross-section of Dutch architectural, decorative and social history. The Association, named after the 17th- century Dutch architect and sculptor, goes to great lengths to undertake accurate research and to perform appropriate conservation.

The jury noted that “the Hendrick de Keyser Association is a strong example of how to combine historical renovation with sustainable financing which has enabled the recuperation of more than 400 buildings over a century”.

The Association has collected its houses as a result of legacy or donation from individuals (68 properties), by donation from city-councils, mostly with the obligation to restore the building and give it a new lease of life (56 properties), or by buying them (210 properties), in most cases with the help of private individuals and funds or supported by one of the Dutch lotteries, the BankGiro Loterij. In addition to renovating the buildings, the rehabilitation of entire streets or areas has at times ensued, thanks to the restoration and development of one to three characteristic historic buildings in an otherwise neglected area. 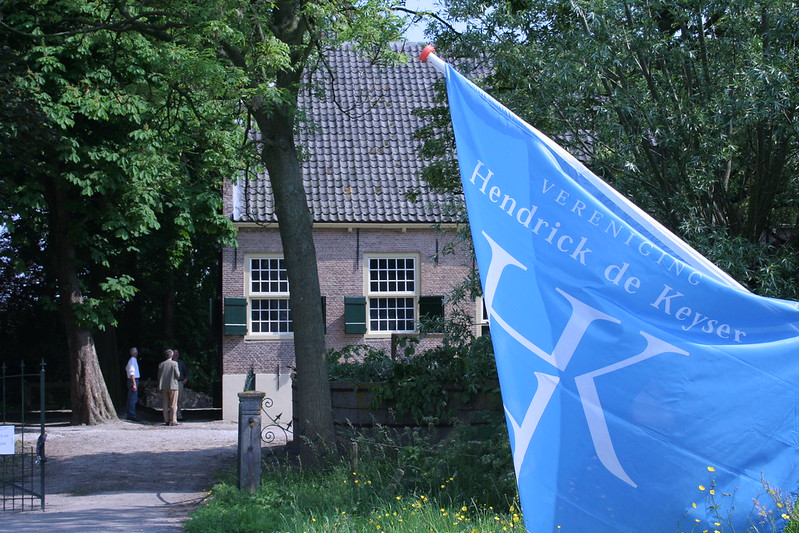 The collection of properties includes canal houses, country homes, farms, villas and town halls spread across 103 cities and villages throughout The Netherlands, from all periods and in all architectural styles.

Following the purchase of a property, measures are taken to begin the most suitable conservation-restoration of the landmark. The Association’s staff design and undertake these projects themselves and their approach is always based in vigorous scientific research. This approach has ensured the highest quality of conservation maintenance and has led to the discovery of sometimes surprising solutions. As a result the Hendrick de Keyser Association is a well respected leader in the field of architectural conservation-restoration in the country and has played a major role in The Netherlands as an early user of modern scientific approaches, such as colour research.

From its inception, the Association has been committed to making the knowledge acquired during preservation work freely available. Many local and international students, connoisseurs and experts have been informed and guided during the restoration of the properties. Several books, most of them regarded as standard works in Dutch architectural history and preservation, have also been published.

In 2018, the Hendrick de Keyser Association will begin the opening of several of its houses to the public, which illustrates the evolution of the history of living in The Netherlands and its impact on the construction of houses from 1550 to 1950. The “museum houses” will be a compelling demonstration of what can be achieved following 100 years of dedicated collecting and care for Europe’s built heritage.