As part of the European Year of Cultural Heritage 2018, Heritage Hubs brought together young people aged 10 to 16-years-old from Finland, Serbia and Spain in a two-year programme to explore, present and share their own cultural heritage and interpret the heritage of other countries via exchange visits and an e-learning platform. The project was coordinated by the Association of Cultural Heritage Education in Finland (AHEF) in partnership with La Fundación San Millán de la Cogolla (FSMC) in Spain, Urban Development Centre (UDC) in Serbia and VITECO E-learning solutions in Italy.

In 2018-2019, Heritage Hubs school pilots were organised at 11 primary and secondary schools in Finland, Serbia and Spain. The pilots included teacher training and heritage workshops with pupils, in which pupils first engaged with their own cultural heritage and later experienced, interpreted and presented the cultural heritage of other countries, both online and during exchange visits. To ensure impact beyond the participating pilot schools, Heritage Hubs organised external events, training an impressive number of over 800 teachers in total. 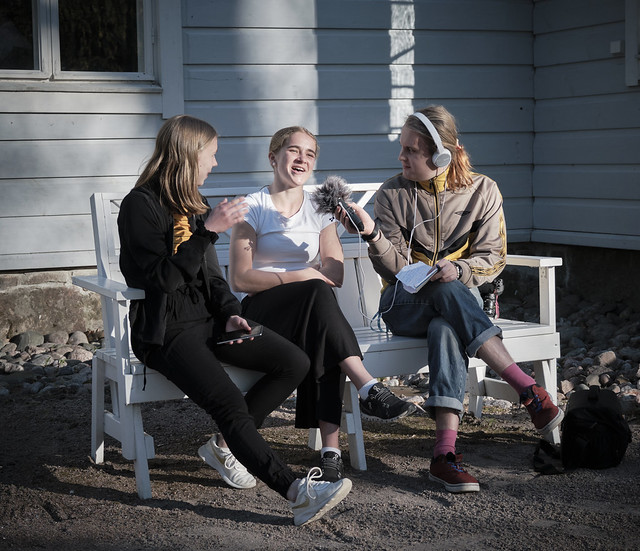 The Jury was especially appreciative of the project’s methodology: “Heritage Hubs has provided a strong methodology on heritage education, implemented by many schools. Capacity building has been provided for the programme’s partners and many materials have been created, also in a digital format, to help aid creative interaction with the wider community. This includes a combination of virtual and real-life experiences of heritage with transmedia storytelling and multisensory activities. The educational approach is based on the concept of learning from heritage, with participants exchanging their own heritage with other participants, learning through other cultures and the exchange of experiences.”

The project evoked many cultural discoveries by pupils, teachers and local communities, as for instance when pupils from Grocka, Serbia, presented the Serbian Orthodox celebration “Slava” to their partners from Kirkkonummi, Finland. These pupils came to view their own heritage in a different light, thanks to the interpretation of “Slava” by the Finnish pupils, who conceived it in analogy to their own Lutheran (but originally Catholic) tradition of St. Lucia.

In addition to helping pupils overcome their pre-existing cultural prejudices, and increase respect for and curiosity towards their peers’ culture and heritage, the Heritage Hubs (HH) Manual was created, presenting the final format of HH heritage education methodology and practical ways of its application. All results were made available on HH Virtual Library and added to large European repositories, such as HISPANA and Europeana.

“The network they have built is strong and reaches several countries in Europe, also thanks to synergies with other European projects, such as the European Heritage Days and Europeana, which leads to a greater impact. There are also ideas for the future of the project, showing its sustainability,” the Jury stated.