Heritage Quest is a large-scale citizen science project in the field of archaeology that allows anyone to contribute to scientific research. The project, funded by the Province of Gelderland – Department of Innovation, as a pilot grant to Erfgoed Gelderland and Leiden University. It is the first large-scale archaeological citizen science project in The Netherlands and one of the few of its kind in the world.

The project had three main goals: to map the undiscovered archaeological heritage hidden within poorly accessible areas in order to protect it; to raise awareness of and engage the public in heritage protection and scientific research through active participation; and to gain a better insight into past societies through a more evenly distributed research focus.

Heritage Quest made use of new, high-resolution LiDAR maps, which helped with visualising archaeological structures that were hidden by vegetation. During the pilot project, participants helped to inspect these elevation maps of the Veluwe, a largely forested region of The Netherlands, and validate the discovered structures out in the field. The project has uncovered almost 3,000 previously unknown archaeological heritage objects, such as prehistoric burial mounds, Celtic fields and charcoal kilns. 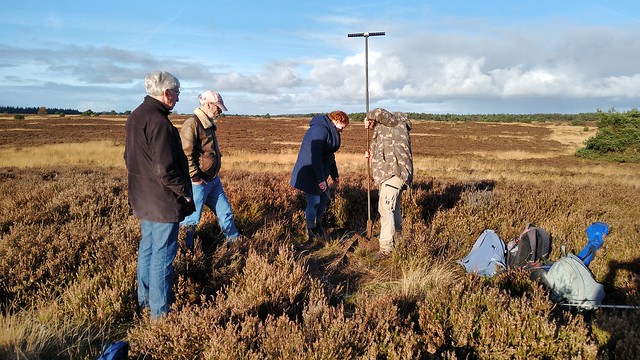 The project’s impact has surpassed scientific and conservation-focused results. With the active participation of several thousand people, awareness of the archaeological heritage in their own region has helped to deepen the participating communities’ sense of place, belonging and ownership. In addition, a new community of heritage volunteers has emerged from the project, which has further developed into a self-sustained group. The project has, furthermore, created a network of stakeholders that has shown resilience beyond the initial project duration, which includes citizen researchers who cooperate and share knowledge with each other.

“Archaeology is constantly under threat from human impact, and is increasingly faced with destruction from climate change. Heritage Quest has shown that citizens can have an active role safeguarding cultural heritage through knowledge creation, and that this will build long-term, sustainable relationships with practitioners and the wider community. This combination of community building paired with state-of-the-art technology is an exciting way forward for archaeology and heritage projects”, commented the Awards’ Jury.