The ‘Hertboom’ mill is a wooden post windmill with an open foot, allowing the whole mill to be rotated 360 degrees so that the sails can face the wind from whichever direction it blows. After extensive research, a team of specialists opted for a soft restoration, entailing the use of original components where possible. 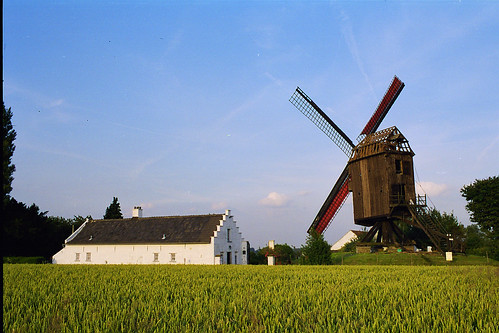 The mill was dismantled, repaired and then reconstructed to return it to its original shape and function of grinding grain. Original 18th century production methods were used to replace broken beams and to produce spare parts. During dismantling, all components were labelled, listed and digitally pictured. The ‘Hertboom’ windmill has been restored to its former distinction and beauty.

“For a painstaking and sensitive restoration of an 18th century open foot, wooden post windmill by its determined owner”