The High Level Bridge in North East England was built by engineer Robert Stephenson and opened by Queen Victoria in 1849. Consisting of an upper deck for train traffic and a lower deck for road vehicles, the bridge is the oldest of those currently spanning the river Tyne and is one of the UK’s most historic railway structures. Repair and strengthening works have ensured its function as a strategic transport link for both local road traffic and the national railway network. 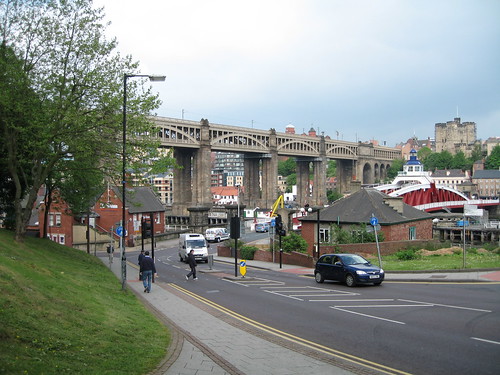 The restoration of the bridge, through works such as the repainting and restoration of the cast iron lamp stands has also ensured that the Bridge remains a cultural landmark. Techniques used have been in keeping with the engineering context of the bridge and consistent with its materials and design. The project has had a positive impact on whole communities within Gateshead and Newcastle and has attracted much interest locally and nationally.

“The Jury was enormously impressed with the level of engineering professionalism shown in this project, from original research into the fatigue performance of cast-iron, down to the restoration of the original lamp standards. The granting of a Prize represents the importance the Jury attached to the retention in day-to-day use of such engineering icons of our industrial heritage.”