The House of Religious Freedom is one of the oldest and most significant 15th-century townhouses in Cluj-Napoca, the largest city in the historical region of Transylvania. In 2018, after a decade-long restoration process undertaken by the Hungarian Unitarian Church, the townhouse was reopened as a cultural centre dedicated to the ideals of religious freedom and tolerance, recalling the memory of the 1568 edict of Torda, the first law on religious freedom in Europe’s history. It houses three permanent exhibitions, a centre for conferences and interconfessional research, guest rooms, a bookshop and a restaurant serving traditional dishes of different Transylvanian ethnic groups. Funding for the project was made available by the Government of Romania and the Government of Hungary.

Before the restoration, huge cracks had formed in the building’s walls and certain areas had been in danger of collapse. While these structural damages were addressed, remarkable architectural features from the 15th -19th centuries were discovered and restored, such as a 15th-century staircase with recessed stone handrails and Gothic archways. These important architectural features exemplify the quality of urban house constructions and living conditions during the economic boom of mediaeval Cluj-Napoca.

The restoration of the townhouse, once the Unitarian Bishop’s residence, was planned and executed by a team of more than 35 independent specialists and specialised firms from Romania and Hungary. The project has generated valuable knowledge on the mediaeval and early modern history of Cluj-Napoca. The most important archaeological findings are permanently on display in partnership with the Transylvanian National History Museum, alongside the collection of paintings and ecclesiastical art of the Unitarian bishops, now for the first time accessible to the public. 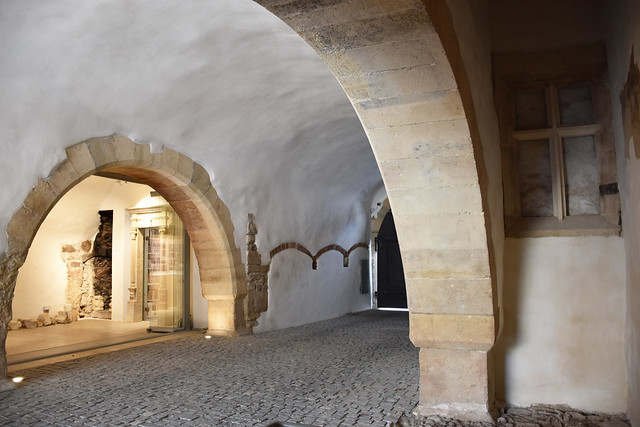 Since its inauguration in 2018, the House of Religious Freedom has become a vibrant cultural space, reconnecting Cluj-Napoca’s citizens to their local history. Tours in English, German, Hungarian and Romanian are frequently organised, as well as educational activities for school children and university students. The restoration of the House of Religious Freedom has set the standard for urban regeneration in Cluj-Napoca and has influenced restoration policies of neighbouring buildings.

“From a badly damaged private building, the House of Religious Freedom has been revived, following a complex restoration process, into a dynamic public gathering space that is widely used by its community. The authors of the project paid special attention to highlighting the rich history of this building and paid special attention to detail and materials once used, such as handmade tiles that were produced in Transylvania,” commented the Awards’ Jury.