The housing complex of Lignon: architectural study and intervention strategies

The Cité du Lignon near Geneva (1963-1971) is the most ambitious and large-scale of all housing projects in Switzerland. Its heritage value was recognised in 2009 by the adoption of a site plan, giving protection on an urban scale and recommending the preservation of the whole site and its remarkable outdoor areas. Faced with new energy use regulations – a priority in Switzerland – a reduction in energy consumption in the Cité was unavoidable. Hoping to provide a framework for future interventions, the research conducted by the TSAM laboratory between 2008 and 2011 had a twofold objective : conservation of the existing fabric and at the same time a reduction in fuel consumption. In the wider context of the energy consumption problem throughout the canton of Geneva, this pilot research has been the means to develop an evaluation method, embodying several different relevant criteria, which could define the most appropriate forms of intervention. This initiative, given its encouraging early results, introduces a conservation tool which can be applied to a great range of buildings from all periods

“The problem of energy efficiency affects all buildings and particularly social housing of the post-war period. The case becomes one of great significance when we consider the ‘Cité du Lignon’, which has been recognised, since its inception, as an icon of modern architecture, and therefore of international interest. The challenge is the need to introduce new materials for comfort and insulation into structures designed from the start as streamlined and minimalist. The Jury was fascinated by the problem when applied to this particular site. The rigour of the methodology and the exemplary thoroughness of the conclusions of this research left out an award beyond doubt.” 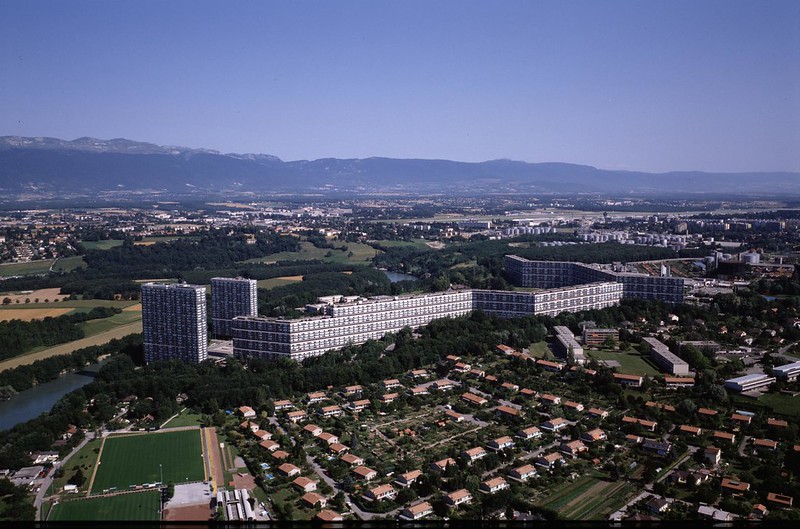