The Bulgarian National Committee of the International Council on Monuments and Sites (ICOMOS) was established as a non-profit organisation in 1996 and currently gathers some 110 members, forming a multidisciplinary community of specialists in the field of cultural heritage. 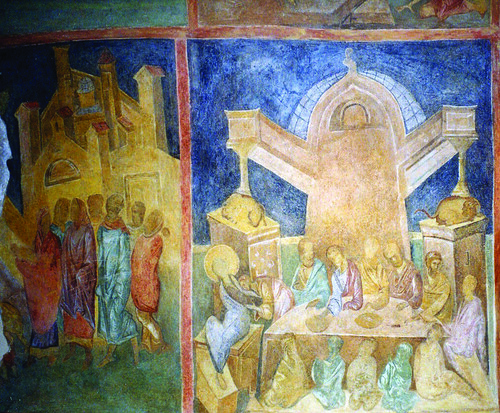 Acting in close cooperation with the authorities, professional and academic institutions and civil society, ICOMOS Bulgaria has been the driving force behind a strong movement which has placed cultural heritage on the political agenda and has contributed to defining the country’s heritage policies. The organisation plays a dynamic role in the conservation of Bulgaria’s most significant monuments and sites – such as the Rock-Hewn Churches of Ivanovo or the Thracian Tomb of Sveshtari – which it has strived to restore and render accessible to the public through the elaboration and realisation of numerous projects and necessary fund-raising.

ICOMOS Bulgaria has participated in and organised numerous international meetings and is a particularly active National Committee of ICOMOS, thereby raising the profile of Bulgarian heritage abroad. Through the creation of mechanisms for regional cooperation, such as cultural tourism itineraries in South-East Europe, the protection and sustainable use of cultural heritage and inter-cultural dialogue has been promoted throughout the Balkans.

“For the development and implementation of effective policy and action in a difficult context of political transition, for the example given at the regional and international levels, and a
commendable spirit of cooperation.”