“The restoration of this monument was carried out in meticulous detail, made possible through in-depth research of both the building and of the available archived descriptive documents. The result is an exemplary work of masterful craftsmanship. The aim of the project was not only the conservation of the Solvay Institute building, but also its revitalisation by fulfilling its sustainable reuse potential as an inviting cultural centre and by accommodating the consequent demands of providing public access. The multiple events organised after its re-inauguration prove that the readaptation of the Solvay Library and its reintegration in the city have been perfectly achieved.”

The Institut de Sociologie Solvay, more commonly known as “The Solvay library”, was designed in 1902 by architects Constant Bosmans and Henri Vandeveld to accommodate the Institute of Sociology at an initial stage, and the Publishing Services of the Université Libre de Bruxelles after 1960. After suffering from several alterations and additions, the building became unsuitable for the scope of activity of the institute and the publishing services and was therefore unoccupied and abandoned in 1981. It was then subjected to numerous acts of vandalism, leaving it in a state that endangered the possibility of a restoration. 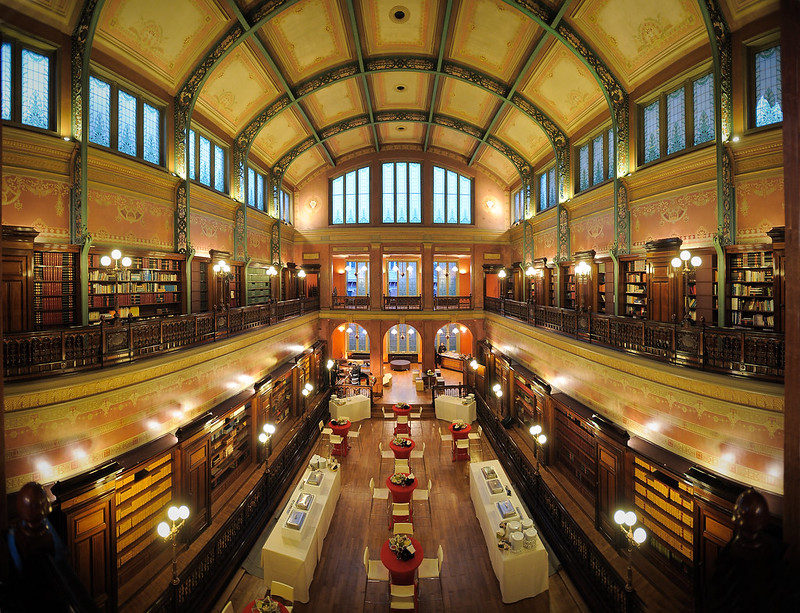 With the efforts initiated in 1988, this monument slowly regained its original splendor, recuperated its spirit and restored its public purpose.