The Irish Walled Towns Network (IWTN) education programme is a proactive response to the funding crisis in the Irish heritage sector. Above all, it is a vigorous, multi-year, multi-faceted attempt to impact significantly onto how people in Ireland’s historic towns perceive their medieval heritage. The overall aim of the programme is to create energized, educated heritage champions from local professionals and community groups that will drive the sustainable use of the medieval resource. There are three strands in the education programme:
– conservation,
– planning/town centre economy,
– heritage tourism/community group development.
As the project is ongoing it is not possible yet to talk in terms of final results but ongoing feedback is positive, suggesting that a critical mass of supporters/champions has been created, as well as an engaged public enabling the delivery of better conservation and awareness projects in a range of Irish historic towns and cities.

“The Jury strongly recommends the initiative of “Irish Walled Towns” as an example to other European towns in how to organize their common interests in tourism, economic development and maintenance of their built medieval heritage. The engagement of citizens in conservation issues as well as in town planning, town centre economics and the study of social and living conditions, ought to encourage other European walled towns to join the network or to build up similar ones.” 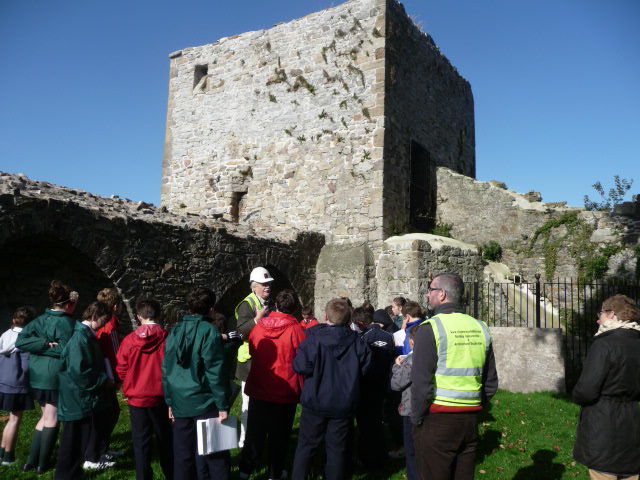