The Museum of the History of Polish Jews POLIN in Warsaw, on opening its doors in 2013, set out on an ambitious project with Norwegian partners (in coordination by the Center for Studies of the Holocaust and Religious Minorities) to host the multifaceted educational project, Jewish Cultural Heritage. The programme, supported by EEA and Norway Grants, includes a broad range of activities aimed at engaging people from every part of society in discovering and discussing the Polish Jewish community’s past including its links with Norway. “The project is committed to reaching out to all members of society and especially to young people and in this way the project’s content helps to prepare these young people for life in today’s diverse society”, highlighted the jury.

Since its beginning in September 2013 until September 2016, the museum has organised 3,200 activities for 445,000 participants in 240 localities, mostly in Poland with some in Norway, as part of the Jewish Cultural Heritage programme. The online resources have had similar success with the project’s online portals having recorded 5,200,000 internet user sessions and 500,000 views of their educational films. These dramatic numbers indicate how the project has succeeded in reaching people; a defining factor for the jury in deciding to award the project.

“A remarkable effort has been made to facilitate access to the Museum’s resources through innovative programmes including online resources and mobile exhibitions, an approach which has resulted in an extraordinary number of participants being involved in these activities. The immense number of participants has also created a network of multipliers, such as teachers and consultants, who work outside of the museum to achieve the project’s aims”, noted the jury.

The results of their evaluation are even more telling of their skillful communication, with 82% of surveyed students declaring that they gained new, or deepened their existing knowledge of the subjects addressed in these activities. 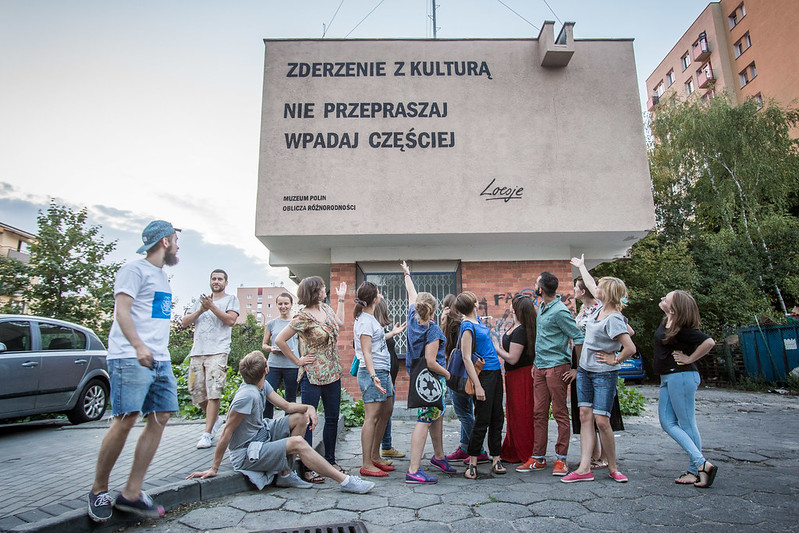 In working towards preserving the history and legacy of Jews in Poland, the project aimed to encourage dialogue and informed engagement with a difficult past to foster respect and mutual understanding. “The museum, in aiming to educate and conserve the memory of Jewish people, especially in organising meetings between members of the Jewish community and others, has established a safe place for intercultural dialogue. This serves as an important lesson for our contemporary world”, said the jury.