In 1965 Judge Maurice Caruana Curran founded Din l’Art Helwa – Malta’s National Trust – which is a voluntary organisation to assist the State to safeguard the historic, natural and artistic patrimony of the nation. 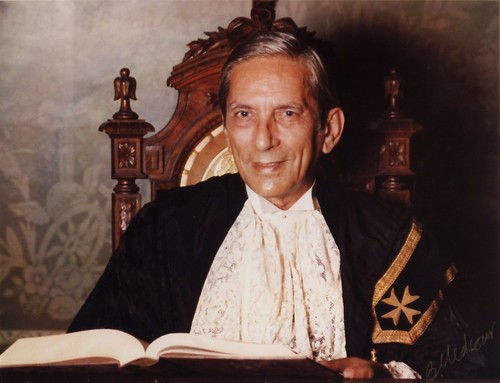 He was considered by all on the island of Malta to be the pioneer of the national conservation movement. He promoted the cause of Maltese heritage, despite personal criticism by the government and public inertia, to a position where it is now valued and appreciated. He wrote numerous papers, articles and letters of influence, all of which was done entirely voluntarily in his retirement from the legal profession.

“For his unwavering commitment to the ideals of conservation, for his ability to speak fearlessly for heritage and for his unflinching spirit of volunteership.”