The restoration and renewal of the city’s main high street and central square which were badly neglected and victims of aggressive development following the Second World War, disregarding its architectural heritage. 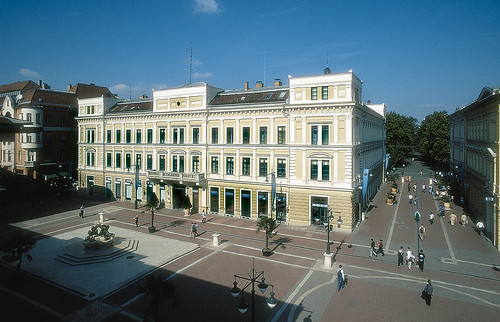 Buildings lining the street and square were restored, signage was made appropriate to the neo-classical style, and the newly pedestrian areas were given designed paving, landscaping, lighting and street furniture. The main square has received a new fountain on the spot of a previous one. The reconstruction was based on co-ordinated research and planning. In their restored state, the street and square have received official monument classification.