The nominated museum is built around a large complex of Neolithic sites (4000 BC) and has a reconstructed stone-age village beside the main building. Archaeologists and the authorities have recognised Kierikki as an area of utmost importance, following the discovery of hundreds of dwellings from the Neolithic period. 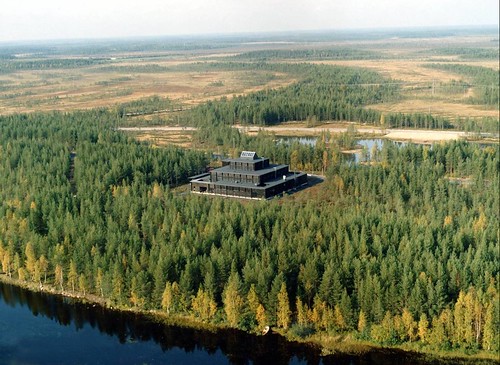 A modern service facility, the Kierikki Stone Age Centre was erected in 2001. It is the largest modern log building in Europe and has won several awards for its landmark modern architecture. It houses a fascinating exhibit of how people lived and worked in ancient Finnish river valleys, with archaeological finds from 6000 years ago, multimedia presentations, guided tours and hands-on activities.

“For the unique outdoor museum, consisting of a reconstructed Stone Age village, displays of archaeological finds and a modern log exhibition building.”