A British lawyer longed for a house with a soul and an Andalusian architect sought to recover the original beauty and charm of historic houses. A decaying 15th century farmhouse being used for livestock had been abandoned, pillaged and ultimately decimated. By happy fate all came together, and the restoration of the Casería became reality. The Casería was once a fortified house, set on a small hill inhabited since prehistoric times. Built after the Catholic re-conquest of Spain, it was subsequently enlarged. When purchased in 1998, it was in a dilapidated state. It took ten years to restore the ruined house, reviving an important piece of European cultural heritage. 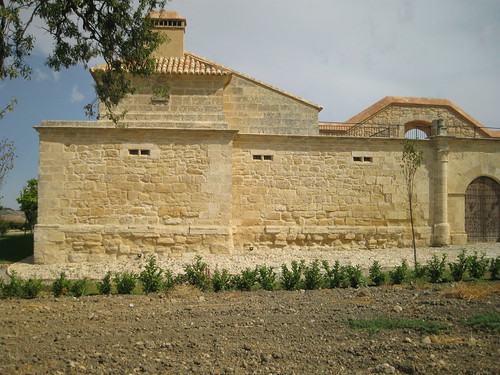 Rectangular in shape, the building encompasses two symmetric courtyards and provides 2,500m2 of living space on two storeys. The western-most wing is the oldest and most important, while the eastern wings were never completed. The renovation conserved the original elements and added few novelties. The courtyards have become elegant gardens with contrast to the harsh surrounding landscape.

“The Jury is impressed with the long, elaborate, and detailed restoration project of this 15th century farm house that the owners undertook in order to bring back ‘La Casería’ to its original glory, as a monument symbolic of its surrounding landscape.”