Home Winner Learning from Las Cuencas: the cultural landscape of the Asturian coalfields

Learning from Las Cuencas: the cultural landscape of the Asturian coalfields

This book originated from an exhibition, itself based on an important research project into the experience of rapid change on a particular environment. The coal mining area of las Cuencas, in Asturias, was originally a rural landscape of natural valleys and small farms which became transformed by the mining industry into a totally different world of blackened coal mines, pitheads, transport routes, housing, dirt, dust and all the adversity and brutality of industrialisation.

The book objectively analyses these changes and notes the remarkable effect of a newly-introduced architectural ideology on a community established on traditional building forms. The theme is ultimately not a regretful paean for the past, nor a manifesto for an exciting future, but a careful research study of the way mixed architecture can create a richness and diversity of form. “These are hybrid architectures, mutating artefacts, which can offer really interesting lessons”. The text brings to the forefront the difficult issue of how to manage such an environment in a post-industrial age. 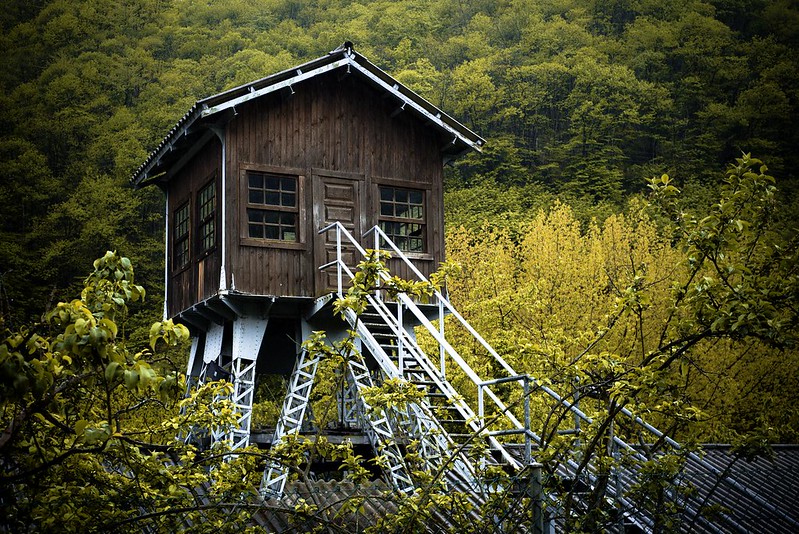 The Jury were deeply impressed with this entry and its focus on a complex and disorganised landscape history. There are lessons here for many other areas of Europe which have suffered similar radical upheavals as a result of rapid and unplanned industrialisation and subsequent sharp decline. Our sense of a double loss – first, of the rural idyll, and second, of a vivid industrial prosperity – is portrayed here positively as a celebration of the richness of architectural diversity. An excellent book.