For centuries, the Lithica Quarry of s’Hostal provided the calcarenite building blocks for the traditional architecture on the island of Menorca. The intensive use of the quarry led to the formation of a carved, sculptural landscape spanning 5 hectares of the island’s countryside. Since the mine’s closure in 1994, the Lithica Foundation, founded by Laetitia Sauleau Lara, initiated and managed a long term sustainable redevelopment and restoration plan to transform the mine into a dynamic space for environmental, artistic and cultural activities.

“This project demonstrates how industry can create spaces and shapes that are not present in other types of architecture,” the jury noted.

Support from public bodies such as the Balearic Government, the Island Council of Menorca and the Ciutadella City Council was provided through their Departments of Culture, Heritage, Environment, Labour, Tourism, Youth and Education. The Leader Association of the Island of Menorca, in cooperation with the Government of Spain and the European Union also contributed co-financing parts of the project. The social organisation Sa Nostra provided invaluable help at the beginning of the project and Colonya-Caixa Pollença collaborates on the current projects.

The process of conserving and transforming the site into a destination for visitors required a holistic and multidisciplinary approach. Following its closure, the quarry needed to be cleared and cleaned and a paths system was designed. Security walls and barriers were constructed; electricity, lighting and water were then provided. For improved accessibility and interpretive purposes, an information and services pavilion as well as ramps and stairs were built. The visitors to the site can now immerse themselves in this unique landscape, walking through the various paths and gardens which have been created, repopulated with fruit trees and other indigenous plants. The most recent developments have been the creation of a large stone maze and a herb labyrinth in 2014 and the completion of paths within the Labyrinth of Orchards in 2018. 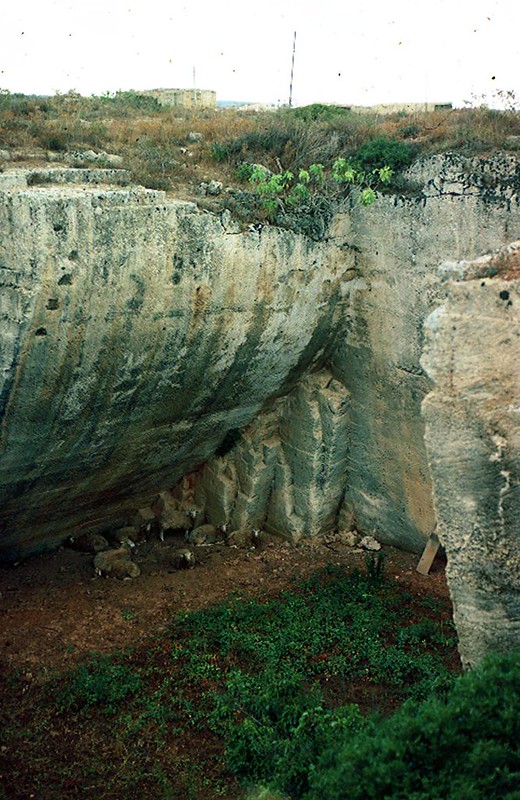 The jury stated that this is “an imaginative reuse of what was once an industrial site, which has been presented and newly interpreted thanks to the intense dedication of one individual with the help of volunteers. The craft of stone-cutting by hand and industrial stone-cutting are found side-by-side and are interpreted for the audience. The integration of works of art in a quarry landscape is another important innovation and is a good example of the ways that this type of heritage can be reused.”