The Living Cabanyal Archive is a project with the fundamental aim of creating awareness in the community about the value of the historical, social and artistic heritage of the Cabanyal area of Valencia. This neighbourhood finds itself in a process of deterioration and in grave danger of disappearing due to the demands of town planning. The Living Cabanyal Archive is made up of a series of interventions which have taken place since 2011: a series of publications; a website http://www.cabanyalarchivovivo.es/ ; and the participation of the neighbours as well as the residents of the rest of Valencia and its region.

“In giving an award to the “Living Cabanyal Archive” in Valencia the Jury underlined the importance of citizens’ initiative in recognizing their responsibility for cultural heritage at an urban, or street, level as well as on a higher architectural and social scale. The project shows in an exemplary way the possibilities of raising awareness of the important historical waterfront of Valencia by promoting sustainable town planning through cultural identity and participation.” 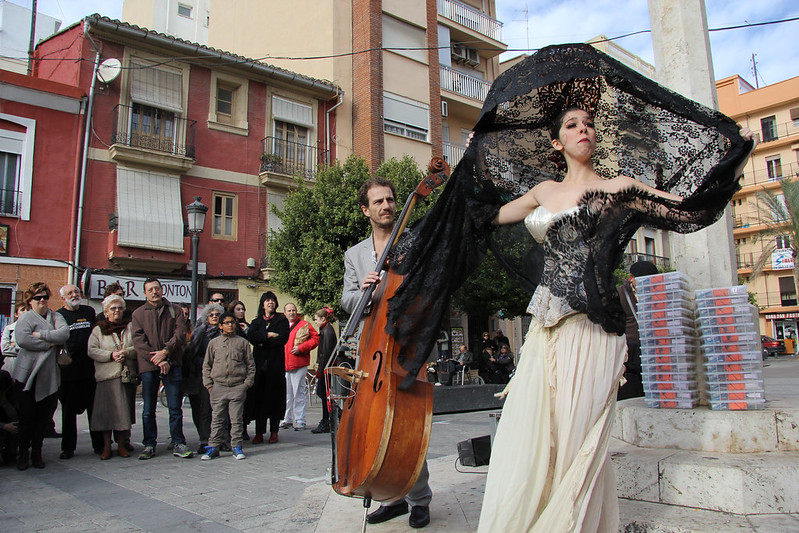 The interventions occurred in different cultural areas, for example in education; anthropology; art; new technologies applied to art and entertainment; theoretical reflections on art; and participation in town planning issues. This project, initiated by the Cultural Association Ésfera Azul, has benefited from economic subsidy from the Spanish Ministry of Culture and from the collaboration of specialists in different fields, as well as neighbours, associations and local organizations.