Built in the first decades of the 19th century in mud and straw, Logie Schoolhouse survives as one of the most complete and unaltered late vernacular earth buildings in Scotland. Formed of humble materials to provide for the educational needs of a growing agricultural population, the building stood at the heart of its small community for almost two centuries serving as a school, Sunday school, and church. Following its abandonment in 1990, the schoolhouse fell into neglect, which began to seriously threaten its vulnerable clay fabric. 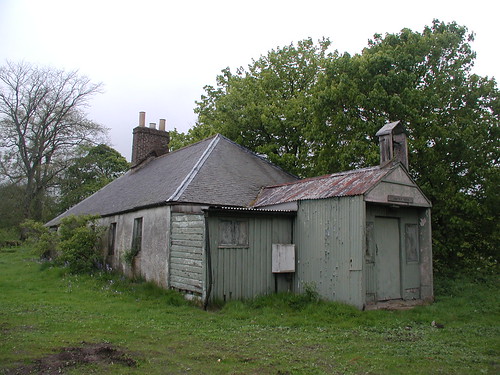 Concerned neighbours led an effort to save the school house and they received the help and support of the National Trust for Scotland. A sensitive conversion to housing provided the most secure future for the building. It was achieved through a conserve-as-found methodology and respect for all phases of occupation, which helped revive skills and interest in local earth building traditions. While the Logie Schoolhouse is not an architectural masterpiece, this humble building is important as it conveys a peoples’ closeness to their environment.

“The Jury felt it appropriate to give an award to this humble and inexpensive project in recognition of the local community’s success in saving a rare surviving example of a once important vernacular earth building tradition.”