The renovation and remodelling of a centrally located 1906 Art Nouveau commercial building, to retain its original qualities while modernising its facilities. It was the first Danish building to feature a curtain wall and one of the few to retain its Jugendstil appearance. In 1996 the facade was renovated by the state, an initiative continued by the new owners in 2001. 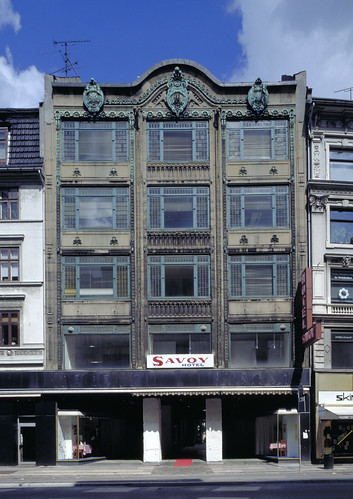 The building was has been in a state of serious disrepair for years, but it has now been returned to its former glory. The restoration placed great importance to re-establish the original style and room divisions. Large, open, light spaces existed on the lower floors for commercial purposes, while the fourth floor was laid out as a residence. It now serves as an office building and also includes a guest flat for visiting architecture professors.

“For the skilled restoration of an important ‘Jugendstil’ building and its visual contribution to the neighbourhood.”