“Lumbardhi Public Again” is an initiative to save the Lumbardhi Cinema from privatisation and demolition and to reclaim it as a cultural heritage site open to all. The cinema, consisting of indoor screens and an open-air cinema, was built in the 1950s and enjoyed huge popularity in the city of Prizren until the late 1980s. This initiative, led by DokuFest and EC Ma Ndryshe, following two campaigns in 2007 and 2014, launched the Lumbardhi Foundation in 2015 which achieved its founding aims over the course of eight years. Reviving the cinema in collaboration with CHwB Kosovo and a number of local and international partners through emergency and restorative interventions, it has enabled close to 1,000 public programmes reaching out to more than 100,000 users and visitors.

This is an exemplary project for the entire region of the Western Balkans and has been supported by a diverse set of partners. These include the Ministry of Culture of Kosovo*, the Municipality of Prizren, the Foundation for Arts Initiatives and Swiss Development Cooperation, Goethe International Relief, the Heinrich Böll Foundation, the Raiffeisen Bank, the Prince Claus Fund and several other smaller partnerships. The European Union has also provided significant support and has pledged funding for future restoration work of the cinema.

The revival of the open-air cinema (Kino Bahce) was undertaken between 2019 and 2020. A detailed design for the full restoration of the cinema will begin to be implemented in the autumn of 2022. The strategic renovation was led by Aslihan Demirtas of Khora Office. 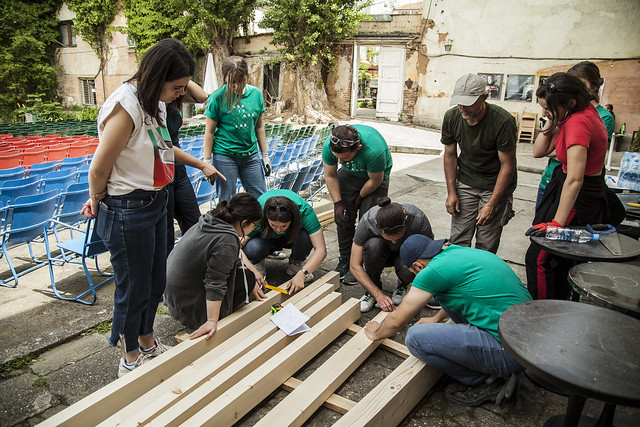 Artists, social scientists and researchers were brought together to develop several projects that generated new knowledge and engaged with a broad public, while the institution building process of the Lumbardhi Foundation was guided by a close collaboration with cultural organisations in Kosovo* and the region, as well as partnerships with several international institutions.

Aiming to reach a sustainable economic model, Lumbardhi Cinema has managed to combine self-generated income through the cafe, rents and ticket sales together with external funding. The Foundation now employs over 15 people and close to 12 external associates, thus also contributing to the local economy.

“The impact the “Lumbardhi Public Again” initiative has had on its local community is of very high quality and is notable for the way in which it has influenced cultural heritage policies and attitudes in the wider region. The creative engagement of young people in the activities is commendable and makes evident the multiple values of heritage sites to the sustainable economic and social development of cities,” stressed the Awards’ Jury.

* This designation is without prejudice to positions on status, and is in line with UNSCR 1244/1999 and the ICJ Opinion on the Kosovo declaration of independence.