“The Jury’s comment on this project was that rebuilding would have been too easy! The social and cultural development of future citizens can be enhanced by learning in a historic environment. The work done in this school proves that the introduction of present-day infrastructure and the necessary facilities to implement contemporary learning can be perfectly compatible with historic fabric. It was noted that not only have the historic elements been beautifully refurbished and reused, but also that original furniture was retained, thus adding positively to the creative adaptation of the older school buildings to future needs.”

Lyceum Passos Manuel is the earliest secondary school building in Portugal. It is part of a specific programme of educational structures built between the end of the 19th century and the early 20th century. Its cultural and historical significance can be seen in its location in the city of Lisbon and its architectural and aesthetic qualities. In addition, of course, its educational role carries significant emotional value for many generations of students, teachers and other staff.
Initially designed in 1882, with a final scheme by Rosendo Carvalheira in 1907, it opened in 1911. By 2007 it was badly in need of renovation and many of its facilities were by now obsolete and physically degraded. The intevention was carried out between 2008 and 2010 as part of a wider national modernisation programme aimed at providing 21st century learning environments. The process of restoration, conservation and the addition of new build aimed to retain the school’s cultural significance with the minmum intervention possible, and updated learning facilities to current educational standards and needs. 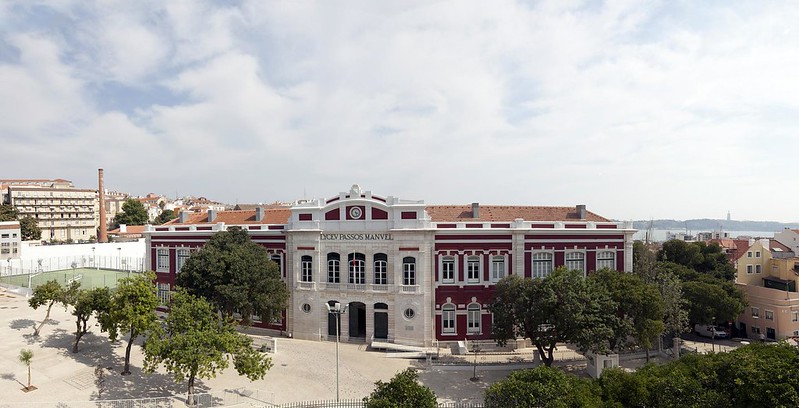