The Mátra Museum is accommodated in the former Mansion of the Orczy family and is surrounded by a 2 hectare historic garden in the town of Gyöngyös, Hungary. This Baroque and Classical style mansion was built in the 18th and 19th centuries and at one point housed a library for Franciscan monks and then the local library. While the museum has always been a well-known and well-visited site in Hungary, the mansion building and accompanying garden were in dire need of restoration. 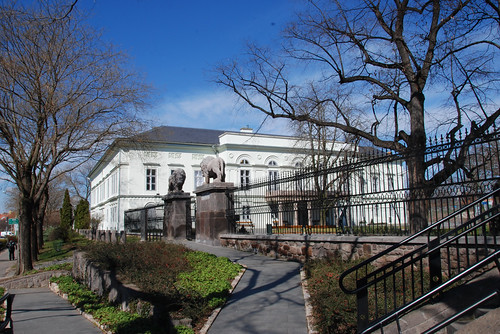 The initiative, co-financed by the European Union, was carried out in two phases. The first phase focused on structural improvements and the construction of a glass roof over the courtyard, which now serves as a new guest welcoming area. The second phase aimed at the construction of the new Natural Scientific Pavilion and the revitalisation of the garden which is of significant botanical value. The restoration and construction projects have added to the beauty and experience of the museum, which now has the capacity to accept 200,000 visitors annually.

“The Jury has awarded a Grand Prize to the Mátra Museum as it presents an outstanding example of harmonious coexistence of a careful historical restoration and the incorporation of contemporary architecture. The ensemble has regained the authentic complexity and completeness of the property while employing high levels of standard and quality.”