The tithe barn in Ingatorp, a village in the south of Sweden, is one of the country’s oldest wooden buildings. In this barn a tenth of local farmers’ annual produce was stored, the tithe or tax used to support the church and clergy. This project has preserved the pristine medieval atmosphere of the tithe barn and gained new knowledge about medieval wooden architecture and craft in order to better protect the tithe barn and the other extant buildings. Ingatorp parish, the custodians and owners of the tithe barn, was greatly assisted in the project by the voluntary work of its community. The Diocese of Linköping provided the majority of funding, with additional financing coming from the Craft Laboratory.

The project, which was initiated in 2011 and completed in 2018, began with a thorough assessment of damage to the building. This was followed by the sourcing of high quality material from a nearby forest owned by the parish. Ample time was allowed for seasoning the timber used in the project. A historical recipe for roofing tar, a solution which offers protection of the original medieval material and contributes to its sustainable maintenance, was also reintroduced.

The project had a strong educational element, with the timeframe of the work being relatively long-term to facilitate as many educational and research opportunities as possible. Expert-led conservation practice was combined with training courses for parishioners and local craftsmen, public events for awareness-raising and research collaborations on the materials and techniques used. Each decision was well discussed and the results and new knowledge was shared in seminars, lectures and courses.

The project was strongly anchored in the local community, with courses in medieval shingle manufacturing arranged in cooperation with the Craft Laboratory, in order to both share knowledge that could be used in the conservation of the tithe barn as well as other similar buildings. More than 40 participants from the local community, including regional craftsmen active in the field of heritage conservation attended these courses where they could practically contribute to the conservation. The jury noted this aspect of the project, highlighting that “there has been a focus on the knowledge transfer of traditional craftsmanship as well as the fostering of a sense of ownership among the local community.” The outcomes of the project have also been presented in peer-reviewed papers and presented at international conferences, guaranteeing the transfer of this knowledge even further. 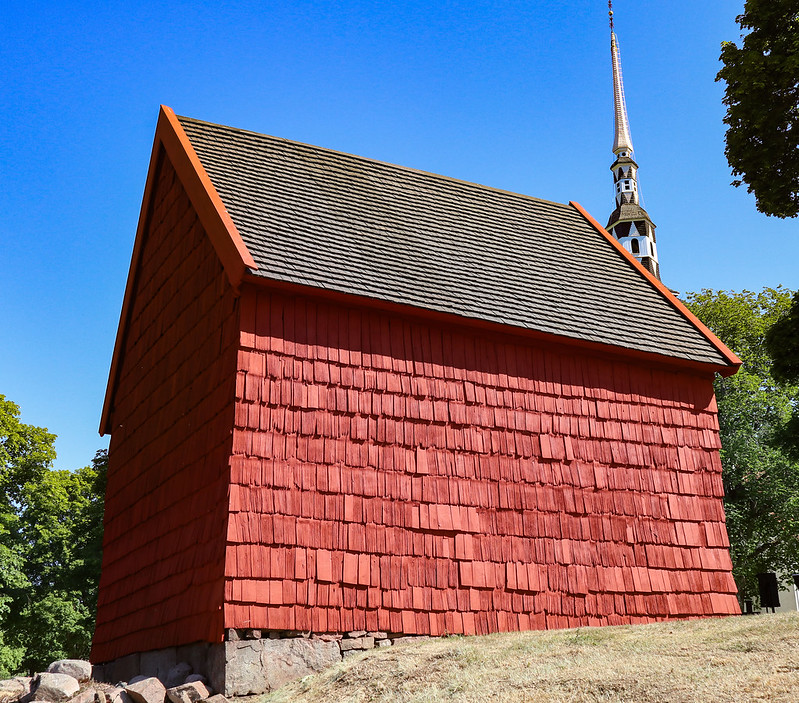 “This has been a major effort in the conservation work of a 13th-century barn,” the jury noted, “taking into account the specific characteristics of timber. The project’s team has achieved a very good outcome with limited financial resources and their exemplary mobilisation of human resources is commendable.”