“The Jury appreciated the quality of the documentation, as well as the careful and delicate treatment of the remains of the complex of religious buildings dating from 1404. The restoration was executed with the cooperation of a sponsor who was deeply attached to the site and wanted to strengthen the bonds between the local people and their cultural heritage. The beautiful sanctuary has now been consolidated to withstand the shocks of future earthquakes and the missing elements have been reintegrated to complete its beauty.”

The Miletos Ilyas Bey Complex is located in the renowned archaeological site of Miletos, the present-day town of Balat, in the Aydin province of Turkey. The Complex consists of a mosque, a madrasah (school of higher education), and a double hamam with separate sections for men and for women, as well as several other structures. 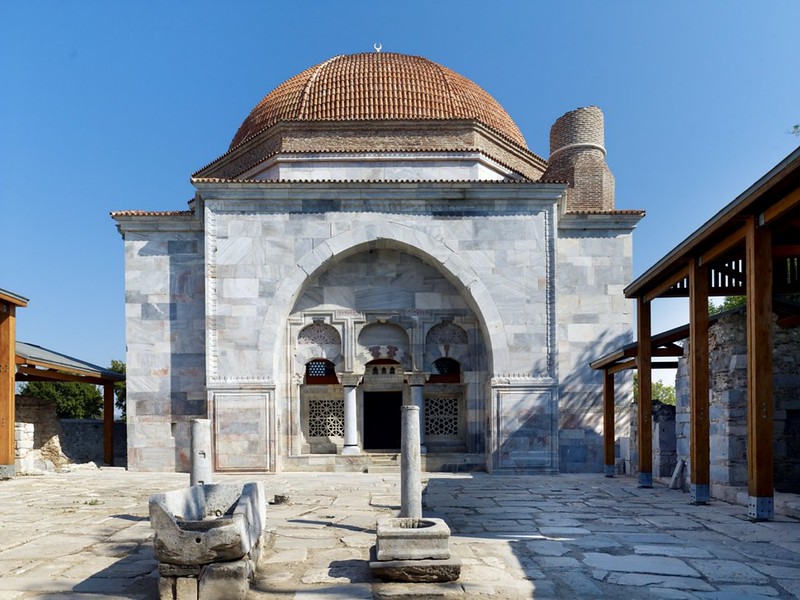 The primary aim of the project was the conservation of the Complex as a cultural heritage site by ensuring the holistic presentation and promotion of its natural and cultural elements. It encouraged and sustained its current traditional use while re-using the site as a museum park to present the cultural heritageand traditions of the region. The project involved two intertwined phases: a phase of research, architectural documentation and project preparation involving specialised sub-projects; and an implementation phase, carried out in stages based on continuous data flow from on-site investigations and research. Through the collaboration of all parties involved, the project enabled the revival of cultural heritage of the region.