These two monastic complexes dating to the 18th and 19th centuries are typical examples of the vernacular architecture of the area. Located in the north-western part of the county of Preveza in Epirus, western Greece, each monastery comprises of a church abounding with high quality frescoes, adjacent edifices, and monumental gates. Although both fell into abandonment during the 1920s, they never lost their cultural and religious significance for local people, despite suffering from neglect. 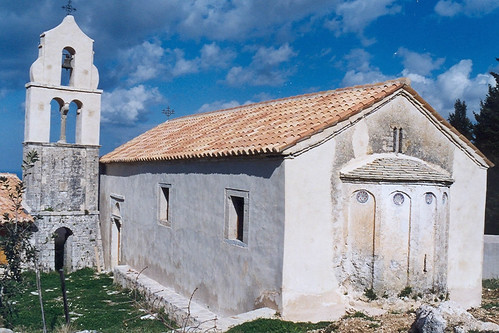 Between 1999 and 2001, the restoration works included the protection and display of the roman ruins in the form of a permanent exhibition accessible to the public. There was a strong emphasis on the use of traditional materials and building techniques, as a means of preserving the authenticity of the area. New constructions are clearly differentiated from the old materials, while some of the structures adjacent to the churches were adjusted to provide hostel facilities.

“For the great efforts towards the preservation of authenticity in the restoration and adaptive re-use of two examples of monastic vernacular architecture.”