Mr. Léonard Gianadda has been the driving force behind the manifold activities of the Pierre Gianadda Foundation since its establishment in 1978 in Martigny, Switzerland. Over the past 40 years, he has been instrumental in the organisation of the Foundation’s activities, which are distinguished by world-class art exhibitions and classical music performances within its iconic building. This is also the home of a large collection of locally discovered Gallo-Roman antiquities, of a Classic Automobile Museum and of a modern sculpture park. Mr. Gianadda’s dedication to cultural heritage has been a major contributor to the transformation of his birthplace into a world renowned cultural centre in Switzerland. Since 2009, Mr. Gianadda has also directed a philanthropic institution created with his late wife Annette.

Léonard Gianadda first became acquainted with the cultural world in his early youth while travelling the world as a photojournalist. In 1976, on the construction site of an apartment building in Martigny of which Gianadda was the engineer, the remains of a Gallo-Roman temple were discovered. Gianadda halted the construction to shield the temple from destruction. Over this site, he erected the Pierre Gianadda Foundation, a cultural centre dedicated to his brother who had tragically lost his life in the same year. The organisation would not only protect the archaeological remains in situ, along with the antiquities from the nearby Roman settlement of Octodurum, but would gradually evolve into a world-renowned hub for culture and the arts.

Spurred by Léonard Gianadda’s enthusiasm, the Foundation launched an ambitious programme of different cultural activities including world-class temporary art exhibitions, featuring prominent names such as Rodin, Giacometti, Picasso and Chagall among many others.

While the cultural achievements of the Pierre Gianadda Foundation are apparent, the social, touristic and economic impact that these efforts have had in the region should also be underlined. In Martigny, Léonard Gianadda also founded an art library, installed 17 modern sculptures on roundabouts, gifted stained glass windows to two local churches, created The St. Bernard Museum and highlighted all of the archaeological remains he discovered on its properties. 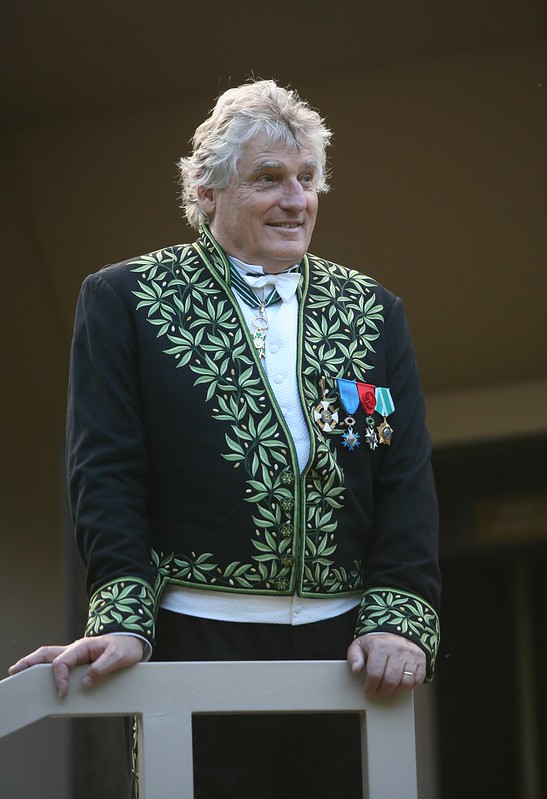 The jury commended Mr. Gianadda for his lifetime of dedication to heritage and philanthropy, stating: “In launching his Foundation, Léonard Gianadda has built and operates four museums that have received over 10 million visitors since their inception in 1978. He has protected the heritage of his region and organised world-class painting exhibitions and classical music concerts. His personal involvement in their organisation proves his hands-on approach in the valorisation of heritage. These exhibitions brought artworks from sources that would ordinarily be difficult to access to a broader European public. In addition, the legacy and sustainability of his foundation in the future has been ensured by Mr. Gianadda with an endowment of over 70 million Swiss francs.”