Mrs. Giulia Maria Crespi is an inspiration for those working in heritage, in Italy, Europe and beyond. From a young age, she has had an active role in charitable activities and has devoted her life to the vigorous defence of Italy’s cultural heritage. In 1975, together with Renato Bazzoni, Franco Russoli and Alberto Predieri, Mrs. Crespi founded FAI – Fondo Ambiente Italiano, a non-profit organisation modelled on the National Trust of England, Wales and Northern Ireland. Until 2010 she served as a tireless and generous leader of the organisation.

Today, FAI cares for 48 heritage sites throughout Italy. Within this role they advocate the appreciation of Italy’s artistic legacy and natural landscape and they organise and promote educational activities regarding this valuable heritage. Today, the organisation boasts 90,000 members and a large network of active volunteers. FAI is also responsible for an extensive number of high-quality conservation and awareness-raising projects, either completed or ongoing. Its impact and outreach has been enormous.

As well as spending much of her time dedicated to the development of FAI, Mrs. Crespi has also been an active member of both Italia Nostra and Europa Nostra serving on their councils from 1965-1983 and 1993-2001 respectively. Sustainable agriculture and the protection of landscape have also been lifelong concerns of Mrs. Crespi. She established Cascine Orsine, a large agricultural farm where she conscientiously applies the biodynamic approach to agriculture with a focus on healthy nutrition and preserving water usage. Since 1978, Mrs. Crespi has also been Council Member of the Association for Biodynamic Agriculture. 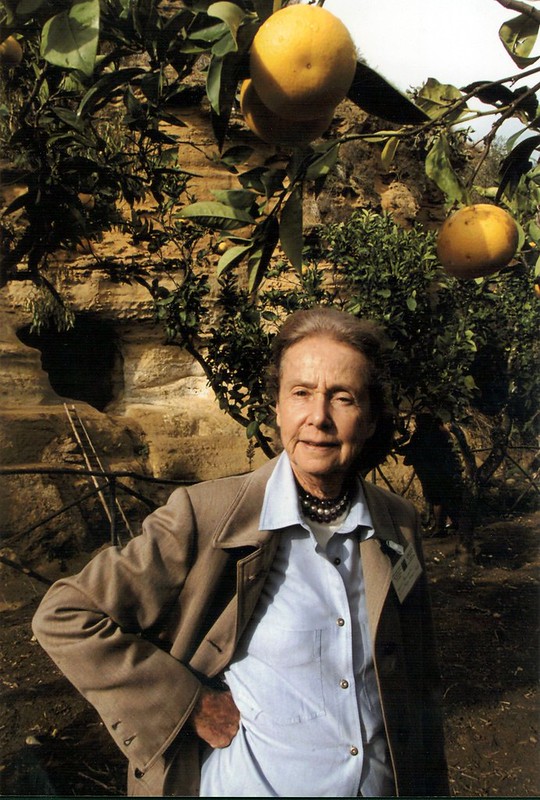 Mrs. Crespi’s dedication has not gone unnoticed and she has previously received several prestigious awards in recognition of her work, notably the Order of Merit of the Italian Republic in 2003, the Premio Alessandro Manzoni in 2014 and the Légion d’Honneur by the French Republic in 2014.

The jury agreed that “with her strong personality and leadership, Mrs. Crespi had a direct influence on policy and decision-making with regard to cultural heritage in Italy. She challenged the authorities time and again and has mobilised private and public support to protect Italy’s landscape and heritage. She approached her work with a remarkable determination and exemplary generosity. Her many achievements serve as a legacy for present and future generations. With this Award, we pay tribute to an outstanding individual for her voluntary dedication to saving cultural heritage”.