Oud Amelisweerd is a centuries-old mansion located on the banks of the Kromme Rijn river, on the periphery of the city of Utrecht. Though the site’s history dates back to the 13th-century, the present mansion was built in 1770. After private residency ended in 1989, the vacant building lay in disrepair for many years though the grounds remained very popular with visitors. 2011 saw the beginning of the restoration of the mansion and the coach house on the forecourt, as well as the priceless Chinese wallpapers in the interior. The intention was to reopen this beautiful building to the public in converting it into a museum with the preservation of the wallpapers being of the utmost importance. “The European connection with China in the period of the 18th and 19th centuries, as evidenced by the magnificent wallpapers found here, is exceptionally well preserved”, the jury said.

The jury also noted the excellence of the conservation and museological aspects of the project, stating that “the technical innovations in climate controls which are included in the museum, for example the window shutters which automatically close in bright sunlight, are a marvelous addition and allow for the responsible display of the wallpapers and textile wall coverings. The didactic quality of the museum is discreet yet assured and the quality of the exhibition material is excellent”. 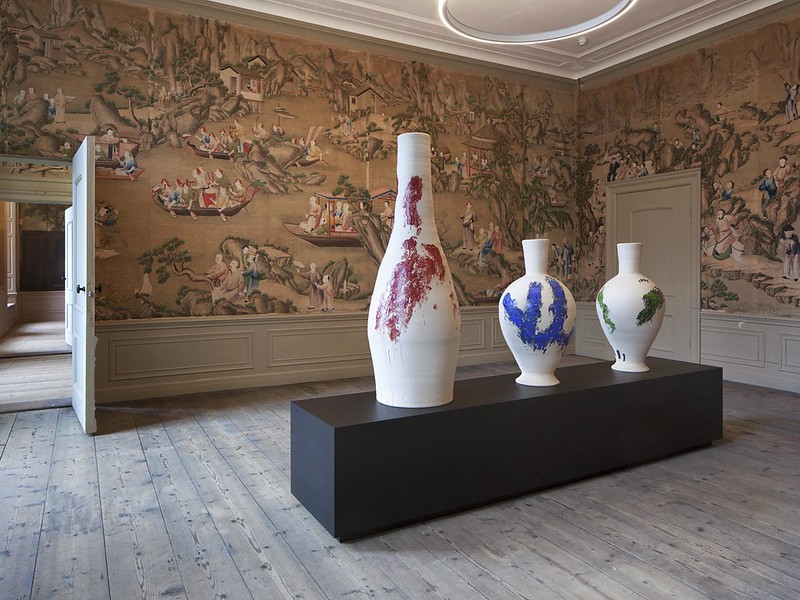 The museum now functions as an exhibition space for these extremely rare wall coverings, and presents too a unique collection of Modern art. The rich life of the mansion has been recaptured and, for the first time, the interior is now accessible to a wider public. “The modern additions to the historical setting, whether we take as examples the Modern art or the contemporary style of exhibition, are well incorporated. The monument itself is of great importance and the authenticity of the 18th-century residence has remained intact thanks to the care and attention that the conservators paid to every detail”, the jury emphasised.