Europa Nostra Award
In their discussions, the jury was “impressed by the momentous work which was carried out by the National Historical and Cultural Museum-Reserve in Niasvizh in implementing a museum in the newly renovated Radziwill palace in just six short months. The renovations and the task of installing a whole museum was not an easy undertaking because of the relative remoteness of the location as well as the damage and neglect that the building had suffered for decades. The museum’s ability to maintain public interest and outstanding visitor numbers of approximately 400,000 annually are also praiseworthy for this same reason”. The installation of the museum was a huge project and spanned over 30 exhibition halls with 20,000 exhibits.

The National Museum organises and hosts 10-14 exhibitions annually, including international travelling exhibitions many of which have been organised in collaboration with some of the largest and most influential museums in the world. The renovations, the re-opening of the museum to the public and the efforts made to gain international prominence in the cultural sector have greatly benefited the region. This is attributable to the steadfast work of the museum workers.
The curators and researchers were faithful to the National Museum’s past in preserving this monument and in addressing the site’s legacy. Notably, the museum reached out to the previous owners of the building, the Radziwill family who had owned the estate since the early 16th-century with the present palace having been completed between 1599 and 1604. The Radziwill descendants now reside in the United Kingdom following the exile of their family from Niasvizh at the beginning of World War II. Fostering a relationship with the family’s descendants afforded the museum researchers the opportunity to access their personal archive, thus augmenting the experience of the visitors to this elegant castle and ensuring that its rich history is preserved along with the structure. 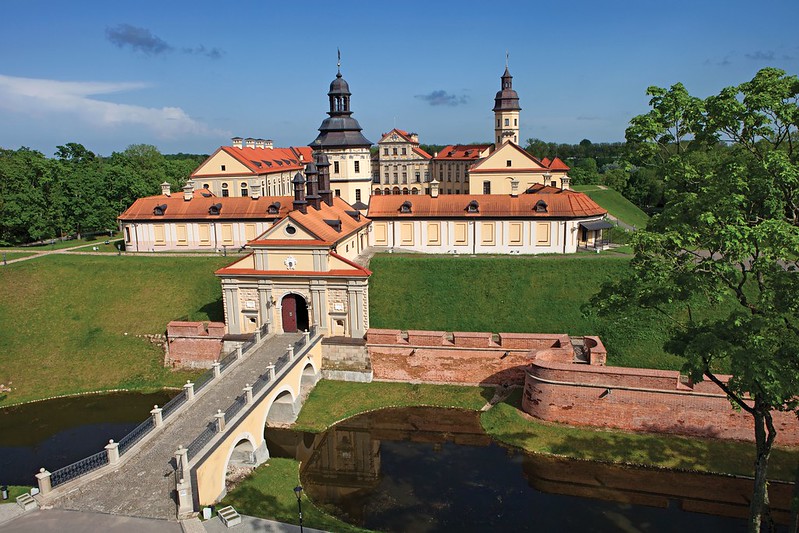 The jury acknowledged the sensitivity with which the National Museum dealt with the palace’s complicated past. “The museum workers did a great service to their museum in being inspired by the legacy of the Radziwill family. The compassion that they showed this family, almost one hundred years after they had been exiled from their home, is admirable and shows the strong European cultural roots of the house in this part of the world”, the jury said. “These museum workers have gone above and beyond the duty of their roles and for this reason they should be considered an example to others working in this field”, the jury noted.