From 1656 to 1932, 209 lighthouses have been built throughout Norway which were mostly operated by the people living in the lighthouse stations. The lighthouses are an important component of Norway’s national identity due to their close link to the naval transportation which has been essential to the establishment of Norwegian trade and contact with the rest of the world.

From 1974 to 2006, all of Norway’s lighthouses were automated and are now vacant. Due to Norway’s harsh climate and the often exposed location of the lighthouses, many started to decay rapidly. Most of the buildings were out of use and plans were made to either sell or demolish these important structures. On a local level, many small organisations emerged to protect these cherished beacons and to find alternate uses for them. In 1997, these numerous organisations were brought together with the establishment of the Norwegian Lighthouse Society.
Today, the Norwegian Lighthouse Society functions as an umbrella organisation for 76 different local groups managing a similar number of lighthouses, a number which is continually growing. From small beginnings, the Society now has a significant and legitimate impact on policy relating to this important heritage. The public attitude towards lighthouses has changed notably, an achievement of this project which the jury noted, stating “the Norwegian Lighthouse Society’s enthusiasm for protecting their heritage has changed the perception of these buildings in the public sphere and has even succeeded in having this significant aspect of Norwegian heritage included in the public school curriculum”. At present, none of the lighthouses face being sold and alternative uses are regularly being found for the structures. Communities are often actively engaged in sourcing these solutions. 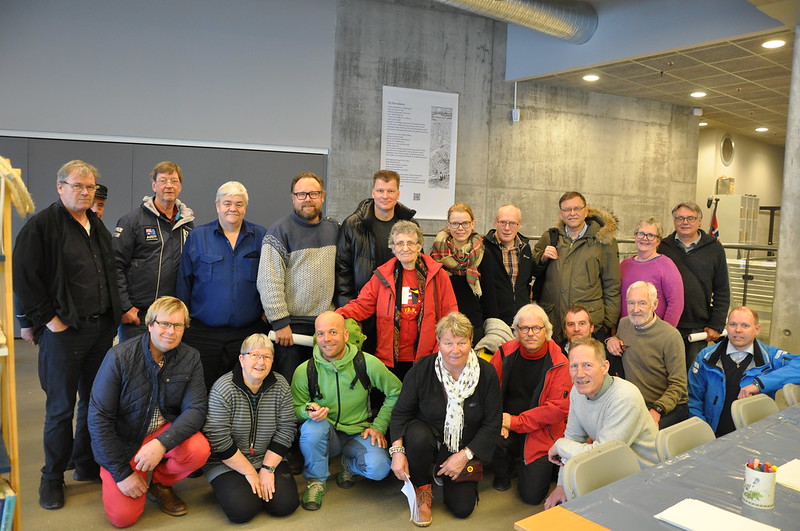 “This dedicated organisation has succeeded in preserving Norway’s lighthouses as Europe’s common maritime cultural heritage. Impressively, they have made the conservation efforts viable in creating small, sustainable enterprises within the lighthouses such as cafes or vacation rentals”, stressed the jury. The model adopted by the Norwegian Lighthouse Society, which at one time was perceived as being too ambitious, today represents a feasible solution for similar places in Europe. The combination of community engagement and public ownership has proved to be a successful approach to raising awareness and preserving cultural heritage.