“In giving an award for the restoration of the Number 2 Blast Furnace at Sagunto the Jury pays homage to the sustained effort to save this exceptional monument and to allow for its understanding by future generations. The surviving blast furnaces of the 20th century iron and steel industry represent one of the most difficult challenges for those who believe that the intelligent preservation of the physical legacy of this industry is vital for an understanding of Europe’s shared history: coal and steel, after all, were at the origins of the European Union. The new status and newly revealed beauty of this 1920s blast furnace restores pride to the population of a town that grew out of iron and steel industry, and creates a unique and powerful cultural asset of interest to the people of Europe as a whole.”


The Restoration of the Number 2 Blast Furnace in Sagunto has allowed the recovery of the most significant remains of what was the major iron and steelwork industry of the Mediterranean basin operating from 1917 to 1984. Besides its powerful imagery and commemorative nature, the educational potential of the blast furnace was a determining factor in preventing its demolition when the iron industry of Sagunto was definitively closed.
The work that has been undertaken was completed in three phases: 1998-2000, 2007 and 2009-2011. It consisted of the structural consolidation of the furnace, the restoration of its image and its functional fitting which was essential for its educational purpose and for opening it to visitors. 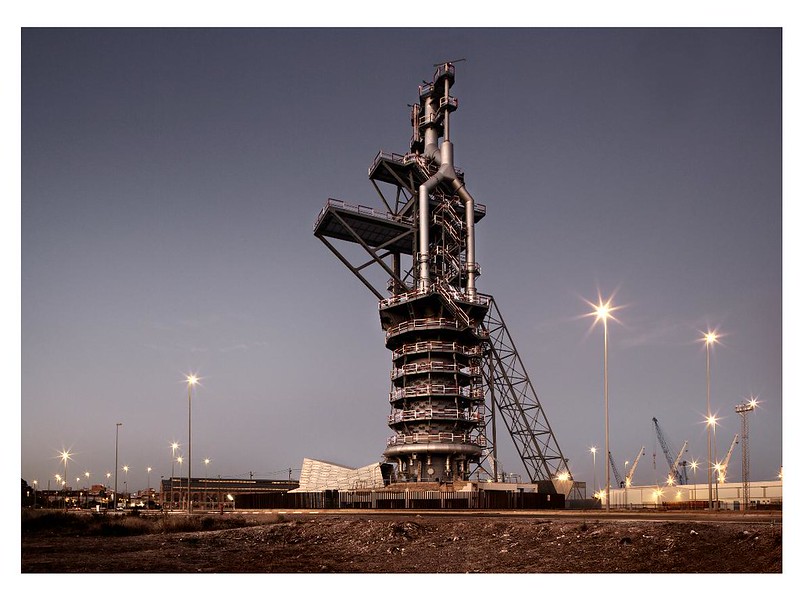