Pavilion for the Presentation of Archaeological Remains, Celje, Slovenia

During an update to the utility lines and the renovation of the public area of the city of Celje in 2013 and 2014, preliminary archaeological excavations revealed part of a medieval cellar and part of a late Roman building. The regional unit of the Institute for Protection of Cultural Heritage (IPCHS) in Celje developed a study for the expansion of the archaeological survey of these remains and made a proposal for their in situ presentation. Excavations, managed by the Celje Regional Museum, led to the discovery of two mosaics within the building dating from the classical period of antiquity: one in black-and-white and the other all in black. The corresponding walls, with a central heating system of a representative building, on which contemporary frescoes were still preserved, were also discovered. The conservation and restoration of all archaeological remains were conducted by the Conservation Centre of IPCHS in collaboration with the Celje Regional Museum. A well-designed pavilion to present these remains to the public was then developed, accompanied by an exhibition prepared by the Celje Regional Museum. The project has received the majority of its financial support from the Municipality of Celje with additional funding from the Ministry of Culture.

To address the issues related to the long-term maintenance and protection of the mosaics, a structure was proposed which would both protect and allow for the musealisation of the remains. The main requirements for the new structure were that it should be functionally subordinate to the archaeological remains, and that it should be designed in a way that allows for the maintenance of optimal climate conditions, especially the temperature and humidity.

The building was planned on an empty plot in the main square of the city. This gap in an otherwise continuous row of buildings was the result of a bombing raid during World War II. The new building was designed by Korpnik produkcija and was planned in two sections: the entrance pavilion serves as an exhibition space, protecting and presenting the archaeological remains and mosaics in situ. This then leads to the tourist information centre and a museum space within the existing building. Walking on footbridges elevated above the ground level, visitors can observe the archaeological remains from various angles. The glass facade of the building defines the exhibition area and allows it to also be viewed from the street.

The construction was carried out sensitively by Markomark Nival, with support piles placed only in the spots where the remains had already been damaged or destroyed. These elements were installed using a technique to minimise the negative effect of vibrations on the archaeological remains. 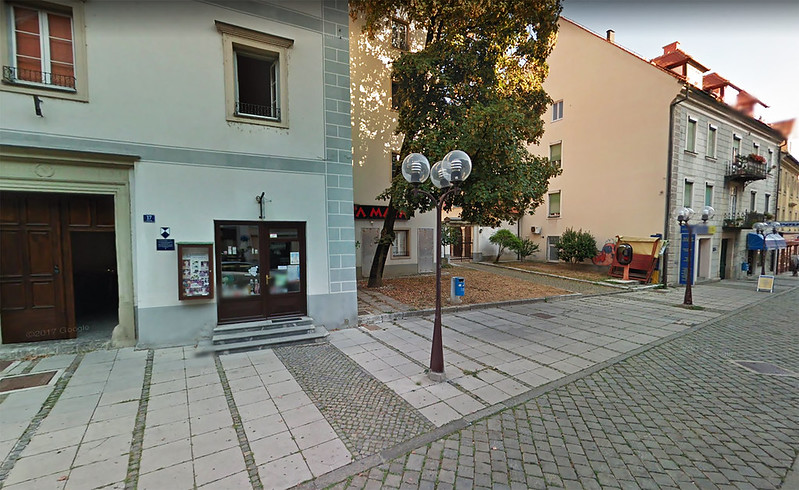 The elegantly designed building has enriched the cultural heritage of the town centre and successfully informs both the local community and tourists about the city’s past.

The jury said “This is a good example of the preserving and sharing of archaeological remains in situ in an urban context: a challenge frequently encountered throughout Europe. The design of the pavilion – a smart, unobtrusive structure – is harmoniously integrated into the existing streetfront and maintains its continuity.”