Pedestrian zone along a central cultural and tourist axis in Madrid

An axis of connected secondary streets and squares, crossing the heart of Madrid through a historic quarter from the literary standpoint, and connecting them to the monuments of the city – the Prado Museum, Plaza Mayor and the Royal Palace – has been rehabilitated into a pedestrian, cultural and tourist axis. 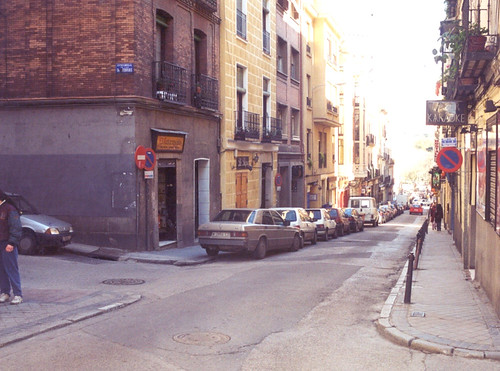 Many heritage religious and civilian buildings along the route, essential to the city’s history and culture, have been rehabilitated using public money or by private initiatives supported by official subsidies. The urban infrastructure of the streets, such as the lighting and pathways, has been renewed, while archaeological excavations revealed old alignments of demolished buildings whose locations are indicated in the new paving patterns. The pavements also feature extracts from literary works. The pedestrian axis has enhanced the citizens’ living environment and created a cultural, leisure and tourist ensemble.

“For a most important town-planning initiative which created and upgraded a pedestrian axis, connecting some of the most characteristic points in the inner city, along which local literary giants are highlighted.”