Home Winner A Place at the Royal Table, Warsaw, POLAND

A Place at the Royal Table, Warsaw, POLAND

A Place at the Royal Table, an initiative by the Museum of King Jan III’s Palace at Wilanów, shared knowledge and experience about the culinary history of royal courts. Through the means of workshops, open-air activities and academic conferences they raised awareness about the culinary traditions and customs of European courts. The project was realised within the framework of the European Year of Cultural Heritage 2018, with similar activities taking place in royal palaces across Europe, as part of the Network of European Royal Residences.

“It is now widely acknowledged that food culture is an important intangible aspect of European heritage and mechanisms for the integration this knowledge into the wider understanding of heritage have recently come into sharper focus. Thanks to a greater emphasis on sensory exploration we can come closer to a greater understanding of the role of food in the past,” the jury said.

The results of the initiative are remarkable: over 200 workshops dedicated to culinary heritage took place in 2018. They ranged from cooking classes for all age groups to workshops on historical gardening and beekeeping. Up to 5000 people took part in the activities organised by the Museum of King Jan III’s Palace, not only strengthening relations with the local community, but also disseminating knowledge on the culinary heritage of Europe. In October 2018, the two-day international conference The Power of Taste. Europe at the Royal Table, brought together historians, scholars in food studies, museum curators, chefs and representatives of institutions promoting traditional food. Culinary journalists and food producers discussed the cultural relevance of food; both in the past and in today’s world. ​Culinary re-enactment sessions were arranged, supervised by chefs and specialists, in which the visitors could try their hand at ​17th-18th century ​Polish ​recipes from 7 cookbooks which were published by the museum in previous years. 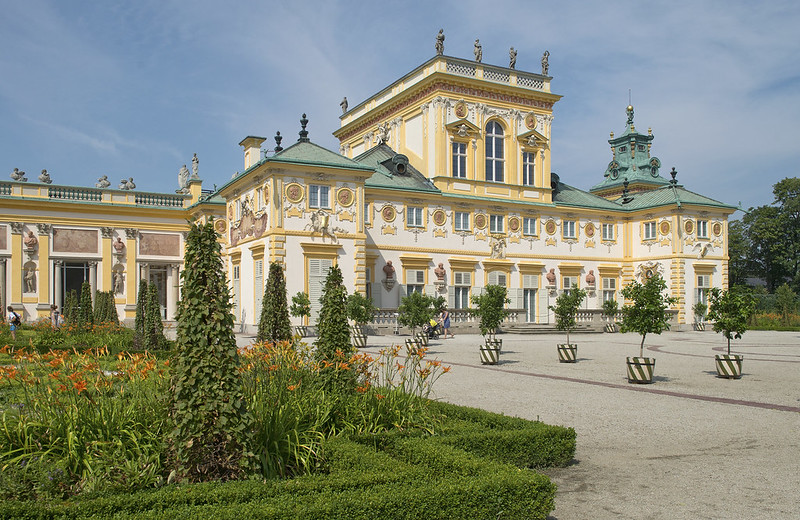 The jury appreciated the original and accessible approach of the project: “The presentation of the subject matter promotes a convincing historical and sensory environment and the project successfully avoids the trivial practices that often afflict similar projects. The museum lays great stress on engagement with various groups, including schoolchildren, families and adults. The project uses the potential of the existing museum, housed in the historic monument, to create added value through the development of participatory workshops based on empirical research and documentary evidence.”