Restoration of a bridge built in the Middle Ages and destroyed in 1811, during the Napoleonic War. The contribution of the present project lies in the originality of the taken solution and the way it fits with the existing remains of the old bridge. Moreover, the idea of raising funds came from a group of citizens, which worried about the state of the remains of the bridge and its surroundings, managed to mobilize several local, regional and European governmental agencies as well as from private institutions to recover the site. 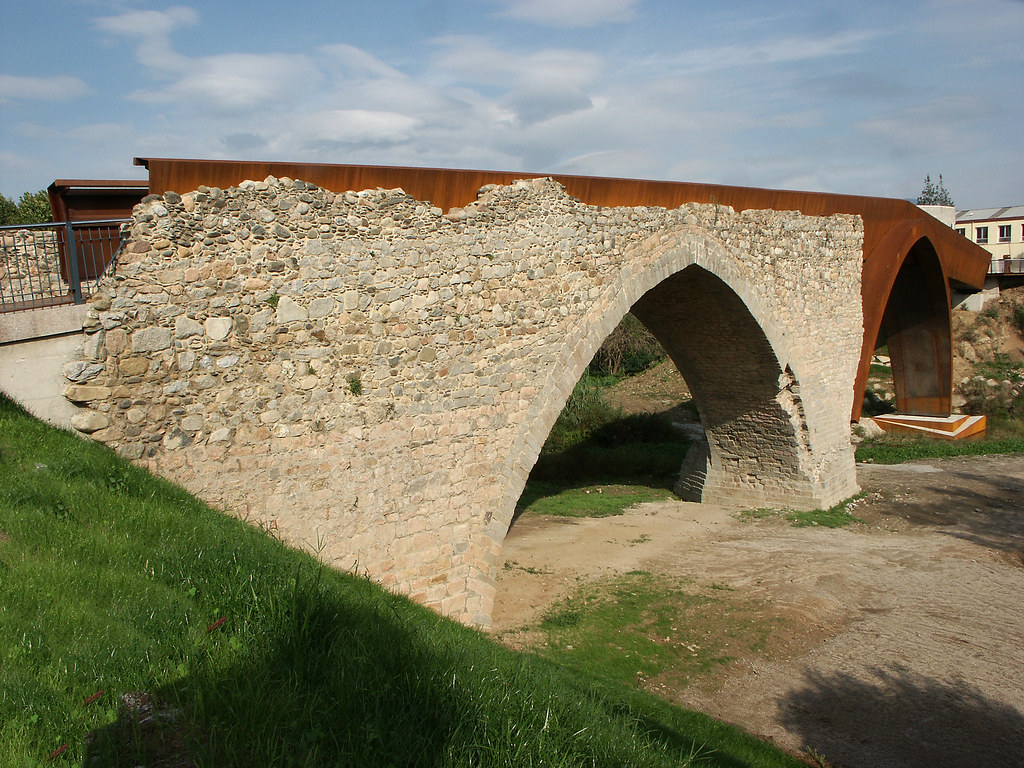 The chosen restoration solution accentuates the contrast between the old and new volumes – by consolidating the existing stone remains and restoring its functional capacity using modern materials and techniques. A light steel structure was erected to evoke the likely silhouette of the complete bridge without taking a leading role. The restoration also served as a catalyst for improving the degraded environment of the river banks.

“For the graceful outline of the ancient arches of the bridge over the river Tordera brilliantly embodied in the new steel spans, thanks to the altruistic efforts of a grassroots movement.”