“Thanks to the restoration work, the Portuguese Synagogue is now much better suited to public viewing, while maintaining its original character. Its big treasure, the library, is now accessible to the public for the first time, allowing visitors to understand and experience the enormous cultural heritage of the complex and its community. The Synagogue is still used as a place of worship, retaining the spirit of the building and respecting the needs of the congregation. The jury was very much impressed by the modest restoration of the large hall, avoiding adapting it to the 20th century amenities but rather keeping it as it has been throughout the centuries: candle lit and without heating.”

The Portuguese Synagogue in Amsterdam is a building complex consisting of a main synagogue surrounded by low buildings. It has been in use since its inauguration in 1675. The history of the complex and its occupants is a testament to its European significance. The main synagogue is internationally known for its rare and thoroughly authentic interior. The surrounding buildings house various functions for the Portuguese Jewish community: a winter synagogue, the Ets Haim-Livraria Montezinos library (included in the UNESCO Memory of the World Register), offices, a boardroom, rabbinate, mikvah, kitchens and a shop. Parts of the surrounding buildings were noticeably sinking and tilting. The restoration aimed to preserve the monumental complex for future generations and to make all the buildings, including the world-renowned library and collections of ritual objects, more accessible to the Jewish community and to the general public. 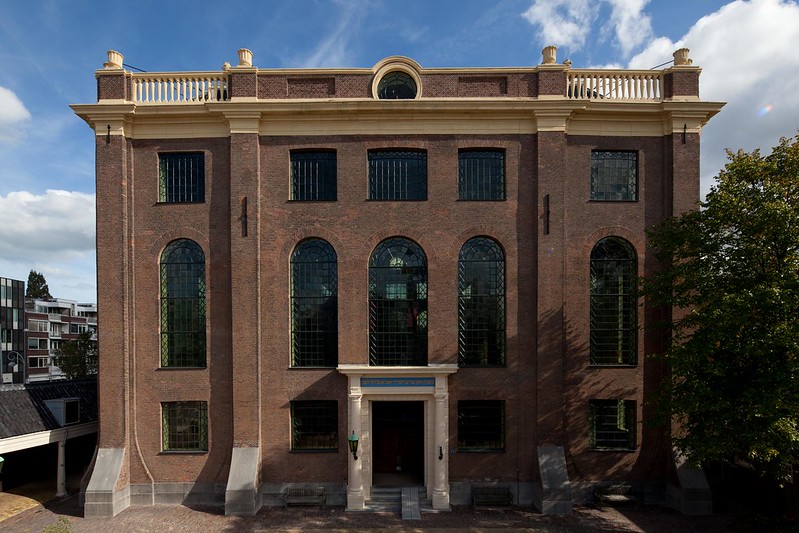